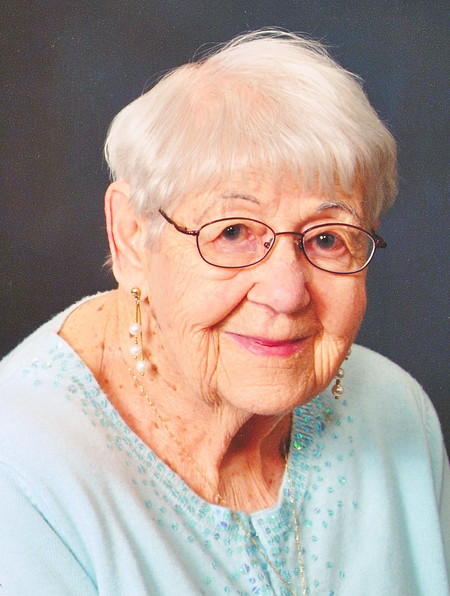 Gladys Peterson, 92, of Appleton, passed away on Monday, April 2, 2012, at Appleton Medical Center. Gladys was born on November 26, 1919 in Chicago. Gladys was united in marriage on October 16, 1938 to Carl. She was an avid sports fan and loved the Cubs and the Bears. Gladys also enjoyed crocheting and reading. The time she spent with her family will always be treasured.

Gladys was preceded in death by her parents, her husband Carl, and a brother, Herbert.

A celebration of her life will be held on Monday April 9, 2012 at the Mount Hope Methodist Church (2002 West Ringwood Road, Johnsburg, Illinois) at 11 AM. Friends may call the church from 10:30 AM until time of service.

Another celebration of Gladys' life will be held on Saturday, April 21, 2012 from 11:00 a.m. until 2:00 p.m. at Fox Banquets River Tyme Catering, 111 E. Kimball St., Appleton, WI 54911. Online condolences may be expressed at www.wichmannfargo.com. In lieu of flowers memorials may be made to the Mount Hope Methodist Church, Johnsburg, Illinois or the Santa Clara Elementary School, care of Lisa Smith, in Tucson, Arizona.

To order memorial trees or send flowers to the family in memory of Gladys Pearl Peterson, please visit our flower store.