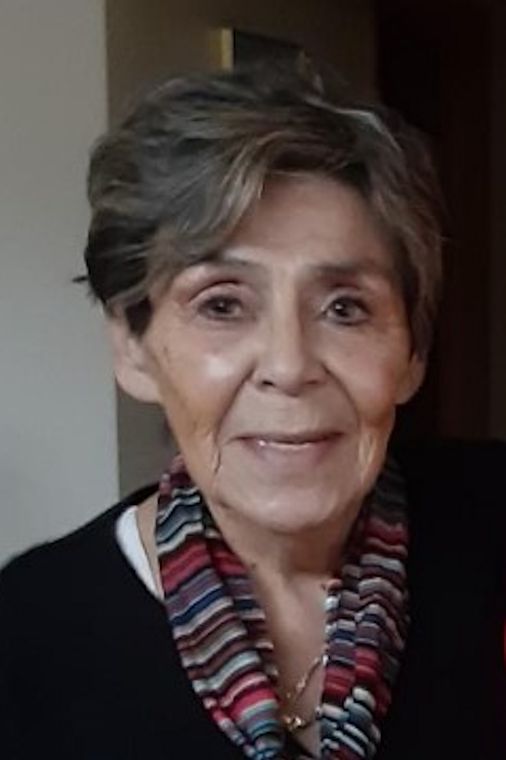 Gladys M. Wisnefski, a trailblazing educator and award-winning scholar who inspired generations of students and colleagues, died peacefully at her home in Appleton on Feb. 19. Mrs. Wisnefski, a devoted wife, loving mother, doting grandmother and friend to many around the world, was 83.

Mrs. Wisnefski was born on June 23, 1937, in Valparaíso, Chile, the daughter of the late Carlos and Julia (Julio) Allende. In 1965, after a stint teaching at her alma mater, the Catholic University of Valparaíso, she was invited to participate in an educational exchange program sponsored by the U.S. State Department, which brought her to Wisconsin.

She met her future husband, Donald F. Wisnefski, while both were teaching at Menasha High School in 1965. The couple married on June 30, 1967, at St. John the Baptist Church in Menasha. Upon completion of the educational exchange, the newlyweds moved to Chile, where their son, Stephen, was born a year later. In 1969, the couple returned to Wisconsin, where Mrs. Wisnefski would live the remainder of her life.

Mrs. Wisnefski taught Spanish at Xavier High School in Appleton for 20 years and then at high schools in the Oshkosh Public School System for another 21 years, retiring in 2011 but remaining active as an academic until her death.

She was an authority on Spanish-language pedagogy, training highly capable speakers of the language, many of whom went on to become teachers themselves or pursue careers that relied on their Spanish-speaking abilities. Just as importantly, she taught the history and culture of Spanish-speaking countries, providing an array of opportunities for students to understand and appreciate the world in new ways.

Mrs. Wisnefski established student exchange programs in the 1970s and 1980s with schools in Guatemala and Colombia, uncommon destinations at the time but also uncommonly rich cultural experiences for the students who participated. She also regularly led trips to Spain, eventually establishing a very close connection with the University of Salamanca.

Mrs. Wisnefski herself was a visiting scholar at Salamanca after being named a Rockefeller Fellow in 1990. Driven by a constant hunger for knowledge about the Spanish-speaking world, Mrs. Wisnefski also received several National Endowment for the Humanities grants, studying at Emory University, Brigham Young University, the University of Virginia and Georgetown University.

She was also a very active member of the Wisconsin Association for Foreign Language Teachers (WAFLT) and the American Association of Teachers of Spanish and Portuguese (AATSP). Mrs. Wisnefski regularly presented scholarly papers at events of these organizations, on topics ranging from Chilean poet Pablo Neruda to Ecuadorian painter Oswaldo Guayasamín to Colombian novelist Gabriel García Márquez to Picasso’s masterpiece Guernica. She had been active up until the time of her death, preparing to present at an AATSP event scheduled for July.

In 2010, Mrs. Wisnefski received the AATSP Outstanding Service Award, in recognition of her work within the Sociedad Honoraria Hispánica, the organization’s honor society for high school students. Mrs. Wisnefski served for 12 years as Editor of the Society’s quarterly literary magazine, ¡Albricias!, which showcased the work of students throughout the country. AATSP noted that Mrs. Wisnefski, who also had served as a state and regional director for the society for more than a decade, had “encouraged thousands of students to continue their study of Spanish.”

Mrs. Wisnefski’s impact on all those who had the privilege of learning from her was significant. Many former students said she changed their lives, opening up possibilities that would have previously seemed unimaginable. She encouraged and supported students well after they were her in her classroom, becoming lifelong friends with many.

In her spare time, Mrs. Wisnefski was a prolific writer and illustrator. She loved to travel the world, spend time with friends, read, garden and exercise. But most of all she loved her family.

Mrs. Wisnefski leaves behind her husband of 53 years, Donald, and her son, Stephen, her beloved daughter-in-law, Patricia, and her “golden” grandsons, Maximilian and Leo, of Cranford, N.J. She is preceded in death by her parents, her brother, Carlos Allende, and her half-sister, Amada Mendoza.

A celebration of the life of Gladys Wisnefski, who passed away in February, will be held on Wednesday, June 23, 2021 at 7:00 PM at the Xavier High School Fine Arts Theatre, 1600 W. Prospect Avenue, Appleton, WI.  All are welcome to join the memorial service. The doors will open at 6:30 PM. In lieu of flowers, the family asks that contributions be made to a college scholarship fund that has been established in her name at Xavier High School. The scholarship will recognize outstanding achievement in the study of a foreign language and encourage recipients to pursue further studies in language and international affairs. Contributions can be made at www.xaviercatholicschools.org/giving/donate. Please specify that the contribution is being made in the name of Gladys Wisnefski.

To order memorial trees or send flowers to the family in memory of Gladys Maria Wisnefski, please visit our flower store.