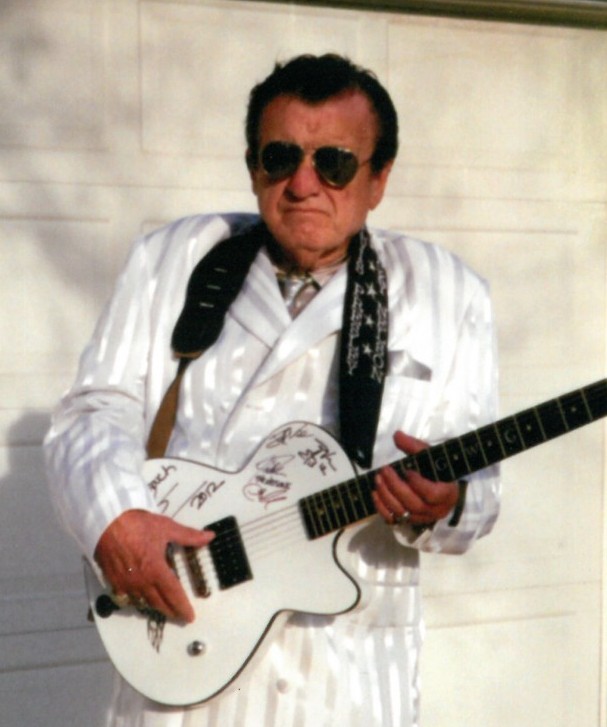 Gerald William Gibson, age 75, passed away peacefully on Tuesday evening, December 4, 2018. He was born in Oshkosh on October 15, 1943, son of the late William and Elizabeth (Zenisek) Gibson. Jerry graduated from Neenah High School and went on to work for Graphic Packaging for over 40 years until his retirement. On July 5, 1997, Jerry married the love of his life, Karen A. Burke.

Jerry Gibson was “Mr. Rock N’ Roll”, he loved Elvis, going to concerts and anything to do with music. His favorite place was Las Vegas and he always looked forward to visiting Graceland. His personality was larger than life and he made friends and fans everywhere he went. With his flashy clothes and vibrant personality, Jerry left a lasting impression on each and every person he had the pleasure of spending time with.

The Funeral Liturgy for Jerry will be held at 11:30 AM on Thursday, December 13, 2018 at St. Mary Catholic Church (528 Second St., Menasha). Visitation will be held on Wednesday, December 12, 2018 starting at 4:00 PM and concluding with a vigil at 6:30 PM at Wichmann-Laemmrich Funeral Home and again at church on Thursday from 10:30 AM until the time of mass.

Special thanks to Dr. VanSistine and the Therapy Department at ThedaCare Regional Medical Center-Neenah for their help, kindness and friendship to Jerry and Karen. Also, thank you to any caregivers who worked or cared for Jerry.

Jerry Gibson-“I Did it my Way”

To order memorial trees or send flowers to the family in memory of Gerald "Jerry" W. Gibson, please visit our flower store.