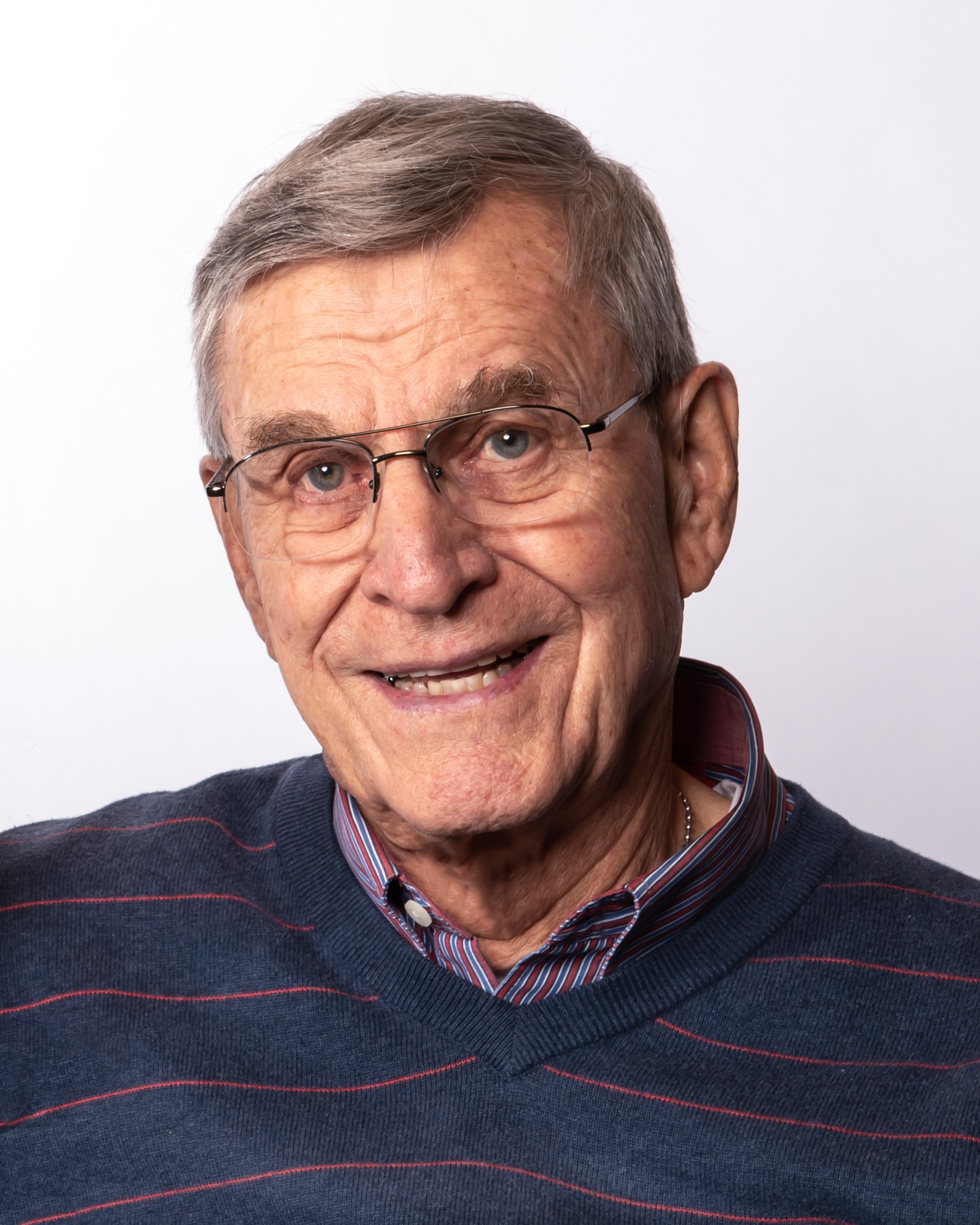 To anyone who was lucky enough to know Gerald Edward (Jerry) Kamps during his spectacular 90-year life, you know that he was one-in-a-million.

One of his favorite sayings was, “It isn’t what you know, it’s who you know.”  Jerry knew everyone, and everyone loved Jerry.  He was born in Combined Locks on December 29, 1930, and he lived his entire life there.  As a member of one of the original founding families in town, and as the long-time owner of Jerry Kamps Bar (1954-1998), Jerry knew everyone in the area – as a cousin, a neighbor, a Kimberly High School classmate (class of ’49), a fellow parishioner at St. Paul’s Catholic Church, or as a customer at the bar.   When he retired in 1998, what he missed most was seeing the people on a daily basis, but he found ways to stay in touch.  During his 90th Birthday Parade in December 2020, over 50 cars drove by Jerry’s house to beep their horns and say, “We love you, Jerry!”

Jerry met his wife Rosemary on a blind date, and that was the beginning of a long and beautiful partnership…they just celebrated their 64th wedding anniversary.  Jerry and Rosemary were a team in everything they did, and they were constantly on-the-go.  They loved the adventure of traveling, trying new restaurants, and seeing new places.  Their family was at the center of their lives.  They saw son Steven (Julie) almost every day, and they had a deep bond.  Frequent visits were made to Minneapolis to visit daughter Debra (Charles), and grandkids Lindsay (Adam) and Michael; to Milwaukee to visit daughter Amy (Matthew) and grandkids Jack, Anna and Charlie; to St. Louis to visit son Jay and grandkids Vivien and Bennett; to Madison to visit grandson Jordan (Allie) and great-grandkids Noah and Clara, and to Chicago to visit grandson Jared and Lily.  The entire family was together over Father’s Day weekend. He snapped a lot of photos, won a few cribbage games, hung out at “The Treehouse,” and organized a fun boat ride down the Fox River.

Jerry grew up in a tight-knit family.  He lost his dad (Henry) at a young age, but his mother (Sue’s) ran the family bar and raised her four children.  All three of Jerry’s sisters worked with him at the bar throughout the years.  His two sisters (Perce and Vonny) have preceded Jerry in death, and he missed them so much.  He talked to his sister Theresa almost every day.

Jerry was an avid sports fan, and you could often find him in his favorite chair, watching whatever game was playing.   He was a long-time Green Bay Packer season ticketholder, rarely missing a home game since 1957.  Over the years, frequent trips were made to Chicago and Milwaukee to see the Cubs, the Bucks, and the Brewers…he was a master at finding last-minute tickets to any game.  In May 2018, he was honored as Hero of the Day during a Milwaukee Brewers game, for his military service in the Korean War (’52-’53).  He proudly wore his army uniform (which still fit him), and he loved being cheered by a stadium full of friends and Brewer fans.

Jerry was an idea guy…no idea was too big or too small.  In 1960, Jerry had the idea to bring horseshoe pitching to Combined Locks.  By 1963, there were 8 horseshoe courts, and 13 leagues pitching horseshoes every week.  Many tournaments were held there, including the Wisconsin State Horseshoe Tournament four times.  Jerry was inducted into the National Horseshoe Hall of Fame in 1986.   From horseshoe tournaments to sing-a-longs at the bar; to the hundreds of bus trips he and Rosemary ran for customers to Packer games, baseball games and the horse races; to the annual Kamps Cancer Golf Benefit (raised $500,000 over 19 years), they were bringing people together and making fun happen.

Whenever Jerry returned home from a trip, he would announce, “Home again, home again, home again…”   It’s been a long and much-blessed life journey for Jerry.  There are no words to say how much he will be missed, but we are comforted to know that he is “Home Again,” in his Eternal resting place.

Jerry’s funeral mass will be held at St. Paul’s Catholic Church (410 Wallace St., Combined Locks) on Saturday, July 10, at 12:00 noon.  Military honors will follow the service.  There will be two opportunities to visit with the family:  from 9:00 – 11:45 am at the church, or during the Celebration of Life, taking place at Kamps Bar & Grill in the afternoon, starting at 1:30.

In lieu of flowers, donations can be made in Jerry’s name to a memorial fund, which will be distributed to his favorite charities.

To order memorial trees or send flowers to the family in memory of Gerald "Jerry" Kamps, please visit our flower store.