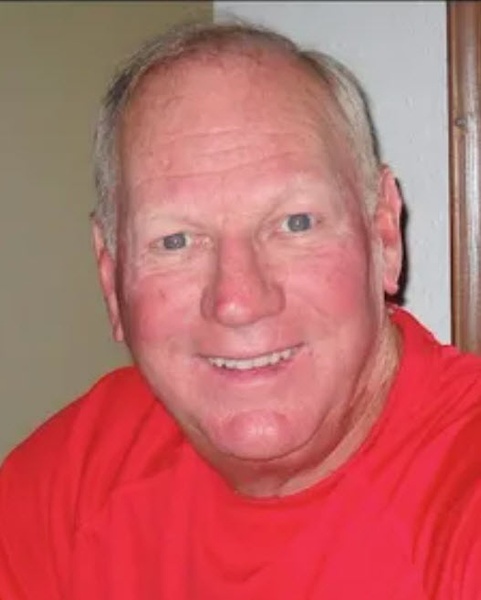 Gerald (Gus) Laemmrich, age 80, passed away peacefully in his home on July 10th, 2022. Gus was born in Neenah, WI on May 13th 1942. He started off his life breaking records as he was the largest baby born at Theda Clark weighing in at over 13lbs, a record that lasted for years. Gus was the son of the late Joseph Laemmrich and Kathryn (Kitchen) Laemmrich. Gus attended St. Mary’s Catholic High School in Menasha where he was part of the WISAA 1960 State Championship Basketball team and in 1961 he played on the St. Mary’s Basketball team that competed in Newport, RI for the ESCIT Championship. Gus received All-Tournament honors in both 1960 and 1961. After high school, Gus accepted a full basketball scholarship to Texas A&I in Kingsville, TX. Gus was a dedicated employee of Neenah Printing and ultimately Menasha Packaging. He was a quintessential competitor, succeeding in whatever he put his mind to, sports, business, friendships and most importantly his family. Gus had many hobbies ranging from golf, racquetball, boating, hunting, fishing, watching the Packers, Badgers, Brewers and Bucks.; however, spending time with his friends and family always topped his list. Gus had a special affinity for the spirit of Santa Claus. Everyone’s “Buddy”, we will miss his humor, love and ability to make people feel special. Gus is survived by his Son: Michael (Deanna) Laemmrich and granddaughter Katie Rose of Appleton as well as other relatives and friends. He was preceded in death by his parents: Joseph and Kathryn Laemmrich, Brother: Robert Laemmrich and the love of his life, Wife Carole (Peterson) Laemmrich.

There will be a Memorial Mass at St. Mary’s Catholic Church, 312 S. State Street in Appleton on July 22, 2022 at 3:00 pm. A visitation will be held at St. Mary’s prior to the Mass from 1:00pm up until the time of the Mass. A celebration of life will follow the Mass and will be held at Poplar Hall located at 141 Riverheath Way in Appleton in the Riverheath District. In lieu of flowers and other expressions of sympathy, a memorial fund will be established. Donations will be used to help fund Amyloidosis research. For more information and to express condolences, please visit www.wichmannfuneralhomes.com.

To order memorial trees or send flowers to the family in memory of Gerald "Gus" Laemmrich, please visit our flower store.