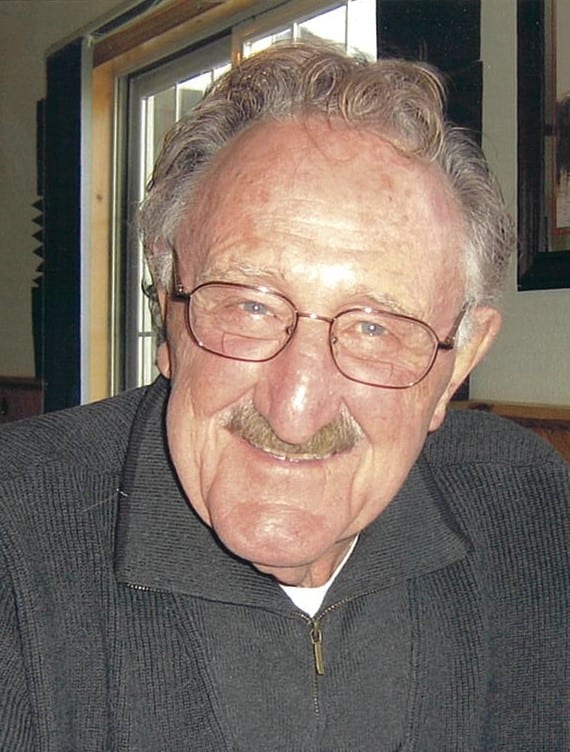 Dr. George Robert Schneck was called to his eternal rest on Friday, May 15, 2020, at his home, with his wife Julie Marie Holly and his daughter Rachel Ann Kelbert at his side.

George was born on February 28, 1930, in Milwaukee, WI, to John Wesley and Della Mae (Burgess) Schneck, both educators. As a youth, his piano and Latin teacher was his mother; while attending Riverside High School, George’s physics teacher was his father. He and his family spent each summer at their cabin on Forest Lake, near Land O’ Lakes, WI, which instilled in him a love of nature and the environment. After high school, he attended Lawrence College (now University), where he majored in education. Teaching science was George’s natural calling. He spent a year teaching middle school students in the Elroy-Sparta School District, then relocated to Mt. Clemens, MI, where he taught middle school science for seven years. While teaching at Mt. Clemens, he pursued a master’s degree in School Administration at the University of Michigan. In late 1959, he was awarded a National Science Foundation grant through Michigan State University to upgrade science teachers in areas in which they needed improvement, and participated in this graduate study from 1960-1961. For the next three years, he taught middle school science at Northern Illinois University. George completed his doctorate at Michigan State University, and in 1966 joined the faculty at the University of Wisconsin Oshkosh, where his teaching specialties were Science Methods and Environmental Education as well as supervision of student teachers. He introduced the national programs Project Wild and Project Learning Tree to UW Oshkosh, and in 1992, was awarded Teacher of the Year for Project Wild by the WI Association for Environmental Education. In 1982, George met the woman he would marry in 1990. George and Julie first resided in Oshkosh and moved to Appleton in 1994. George remained at the UW Oshkosh until his retirement in 1996. His knowledge and talent as an educator, along with his genuine caring approach, endeared him to his students throughout his teaching career.

In his younger days, George could be found roaming the woods, scouting hidden places for the best trout streams in the Northwoods of Wisconsin and Michigan. With his hand-tied flies, he would attempt to outsmart the lurking lunkers, sometimes successfully, usually not. Upon retirement, George was an avid reader, bowler, and golfer. Depending upon the season, one could find him in his favorite lounge chair with a library book, at Reid Golf Club on a league team, or the Superbowl on one of two league teams in which he participated. In 2013, George was invited to participate in Stephen Ministry through All Saints Episcopal Church, which involved 50+ hours of training. In this endeavor, he was a blessing to his teachers and fellow trainees by sharing his insight, gained through his life experience of being attentive to the needs of others. He was truly a life-long learner, and throughout all of his life he never stopped teaching — from a lesson on erosion while vacationing in Aruba to the infamous “egg in a bottle” trick. He and Julie loved to travel together, and one year toured all over the country in a 12-foot pop-up camper, investigating national parks, off-the-grid sites, and having unfettered fun. They journeyed to South Africa, Russia, Greece, Ireland, Scotland, as well as the Caribbean several times. Seeing new sites, exploring different cultures, and meeting new people were experiences of which George never tired. He was forever young at heart.

George was known by everyone who ever had the pleasure of meeting him as a kind and compassionate man. He was an attentive listener and could put anyone at ease. He was fair-minded, slow to anger, and quick to forgive. George was a man of integrity, with a strong moral compass. The people he loved were lucky indeed, as they were loved with constancy and unconditionally. It was his fervent wish that his friends and family knew that they were the most important part of his life, and his actions reflected that. He was a genuinely good man, an even better friend, and the best husband.

Julie would like to extend her deep appreciation to Ascension at Home Hospice for their compassion and patience throughout George’s need for care, with special thanks to Nicole and Rebecca. Julie would also like to extend infinite gratitude to Mary Lund, Laurie McCulloch, Pam Bose, Susan Pinsonnault, Susan McCardell, Deb Larson, and especially Tammie Juno for their tireless attention and physical support during George’s illness.

Private services will be held for immediate family. Friends and family are welcome to watch the livestream service at 2:30 PM on Thursday, May 21, 2020, by visiting our website at wichmannfuneralhomes.com and to express online condolences.

In lieu of flowers, an endowed scholarship fund is being established in George’s name for the College of Education at the University of Wisconsin Oshkosh.

To order memorial trees or send flowers to the family in memory of George Robert Schneck, please visit our flower store.