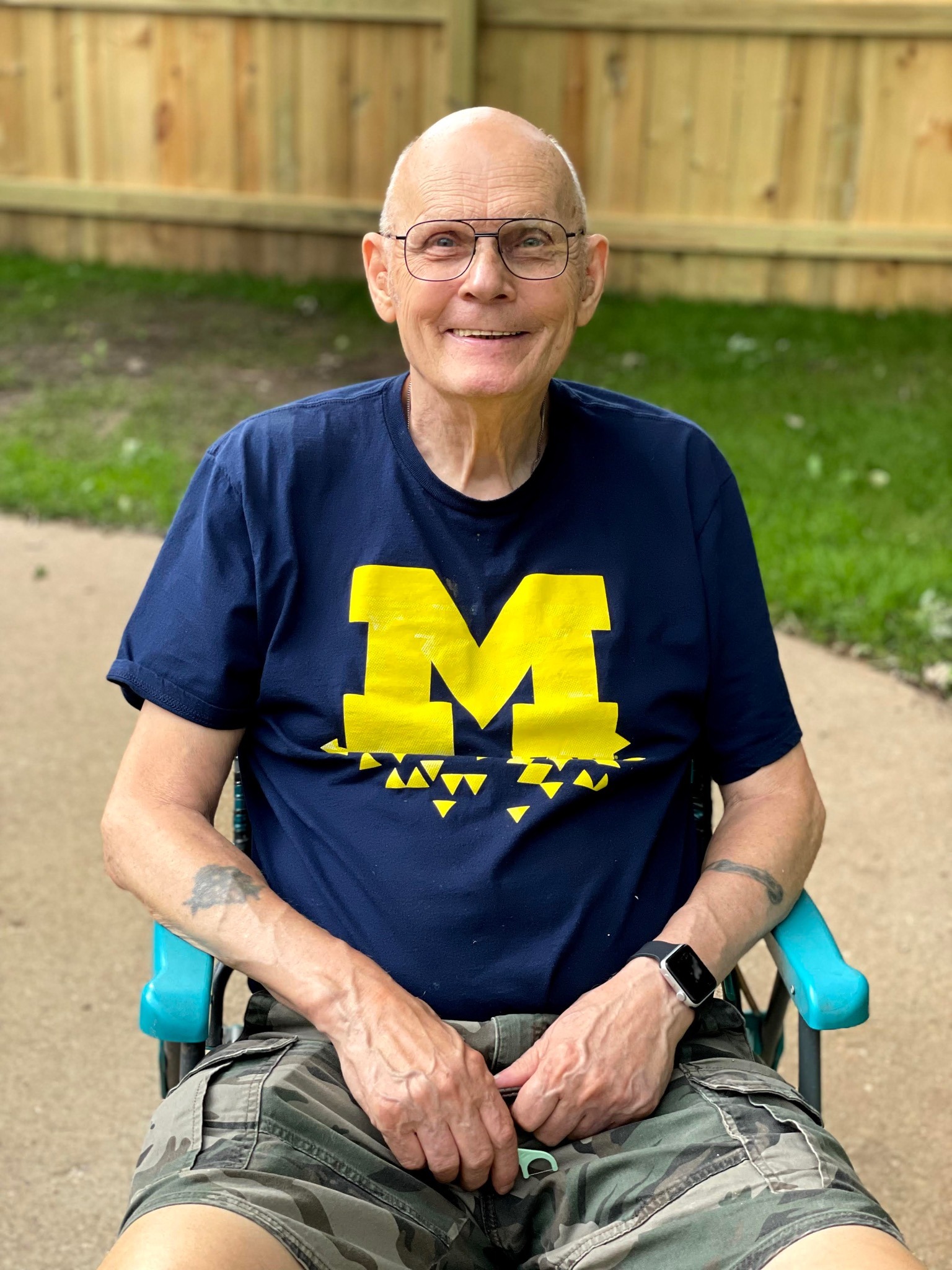 George A. Henry, age 85, of Appleton WI, passed away Thursday, April 7, 2022 at home surrounded by his loving family. George courageously battled lung cancer for the last year of his life. He was born on June 29, 1936 in Pickney, MI to Ronald and Edith (VanLaanen) Henry. George graduated with the class of 1956 from Pioneer High School in Ann Arbor, MI where he got to help teach the painting and decorating class his senior year. George was a Veteran and served for the US Coast Guard, stationed in Two Rivers, WI and Manitowoc, WI. George married the love of his life, Jane (Pierce) Henry on June 16, 1973 at Wesley United Methodist Church in Manitowoc, WI. George was a machinist by trade, and was employed with Oil Rite Corporation for 45 years, retiring in 2006. Anyone who knew George could spot him in a crowd by his Michigan, Detroit Lion, or Detroit Tiger sports gear. He was an avid fan of all Michigan sports, and enjoyed recapping the latest game highlights with his family and friends. He would get an occasional “Go Blue!” from a passerby, despite living in Wisconsin. George never forgot his Michigan roots. George was an active grandpa- he biked hundreds of miles in his retirement, was a puzzle master- did thousands of word search puzzles, rowed 1,000 meter a day on his rowing machine, and enjoyed years of watching his grandchildren play sports. George enjoyed 15 years worth of morning breakfasts with his Schreiners Diner buddies, something he dearly missed since cancer took his strength. His family will have lasting memories of his enjoyment for lawn care (cutting, raking, sweeping), shoveling, picking up sticks, pulling dandelions, picking up dog doo, cutting up cardboard, and for having the cleanest garbage bucket in the city of Appleton. Don’t worry, Dad- we’ll keep up on all that for ya.  Most of all, George loved spending time with his family- especially when playing cards (cribbage, rummy, 3-13) and games with his family- he was the funniest and most entertaining Dad/Grandpa. Constant jokes, funny looks, one-liners (flip-rip-in-the-dip) sassy come-backs, there was never a dull moment.  There will be a huge void in our lives, but oh how lucky we were to have him as long as we did.

George’s family would like to extend a heart-felt thank you to the doctors and team at Theda Care Cancer Center, and to the nurses and CNA’s with Theda Care Hospice for their compassion and care during his treatment.

Dad, we love you and will miss you so much, but take comfort in knowing you are reunited with Mom. Give her a hug please -Aim

To order memorial trees or send flowers to the family in memory of George Anthony Henry, please visit our flower store.