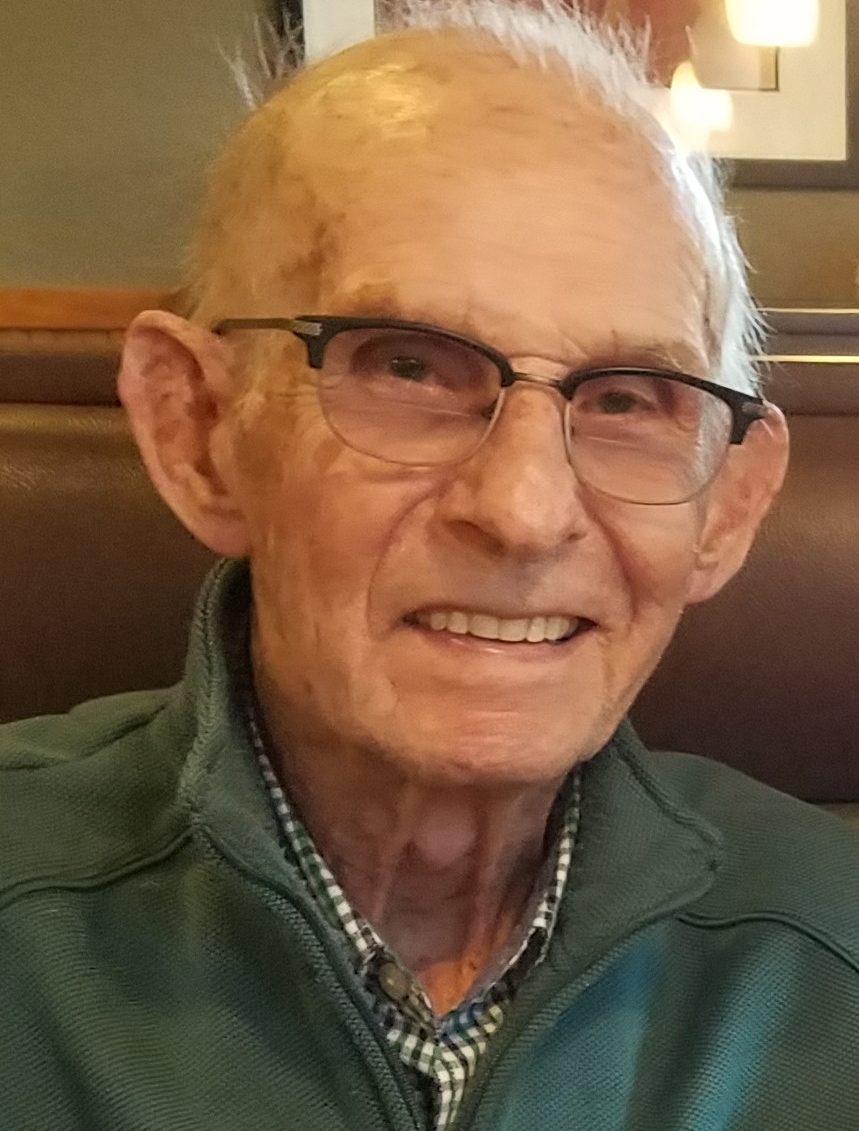 George S. Giesen was welcomed into eternal life by our Lord and his many relatives and friends that went before him on October 25, 2021 after battling Parkinson’s and injuries from a recent fall at his home.

George was born in 1932 to the late George M. and Cora (Helgeson) Giesen. He was a 1950 graduate of St. Mary’s High School, Menasha and served in the United States Air Force in Rapid City, South Dakota. George and his sweetheart, Muriel (Allen) were married in 1952 in Rapid City. After his discharge, they returned to the Fox Valley. He retired in 1994 from Kimberly-Clark where he had been the manager of ground transportation.

His 89 years on this earth were full of adventures with Muriel, his wife of 69 years, by his side. Traveling around the country and later the world while keeping their roots in the Fox Valley gave them the best of both worlds. They continued to winter in Florida until Parkinson’s and the pandemic made it too difficult.

George was honored this past June with an induction into the Shawano Speedway Hall of Fame for his years of local stock car racing, already having received this honor at the Oshkosh Speedzone Raceway several years ago. It was a perfect celebration for George and his family.

Buying his first stock car when he was too young to drive to celebrating his 80th birthday racing his Legend car at Beaver Dam Raceway, his life was always about cars. Memories may have dimmed about some things but, at the end, George could still tell you everything about any vehicle he ever owned!

A celebration of George will be held Saturday, Nov. 6 at Wichmann-Laemmrich Funeral Home, 312 Milwaukee Street, Menasha. Visitation will be from 2-4 pm with a memorial service at 4 pm at the funeral home. Due to COVID, the family requests wearing a mask if you are not vaccinated. In lieu of flowers, please consider a donation to Parkinson’s research. This disease took a lot from George and we look forward to a day when no one experiences what he did.

To order memorial trees or send flowers to the family in memory of George Giesen, please visit our flower store.