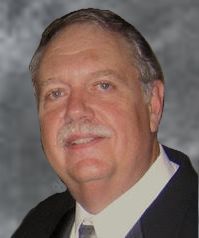 George, 69, was born in Benton, Illinois to a coal mining family, the son of George (late) & Nadine Webster. He was proud of his Scottish upbringing and often teased for being cheap. He'd say frugal.

Growing up in Wisconsin he was a three sport athlete, lettering all 4 years of high school in football, basketball, and track. He played both offense and defense with the 1962 FRVC State Championship football team. Also passionate about baseball, George played 26 years including umpiring and coaching Little League baseball. George volunteered as an assistant Scout Master while his sons became Life and Eagle Scouts.

George worked for Kimberly Clark Corporation for 36 years starting first as a Junior Programmer, retiring after moving around the country 14 times, as the Director of Information Technology Services in 2004. He appreciated those who mentored him and enjoyed mentoring others. His staff looked forward to the ideas he came up with while shaving. George was close to those he worked with, and he deeply missed them after retirement.

George and Linda loved to travel, and they were proud of visiting each of the 50 states and 6 of 7 continents.

Outdoor activities were important to George. He chopped his own firewood, hunted big bucks ('just at dusk') and later in life became a musky fisherman thanks to his son Jason's influence.

Each of our homes is graced with furniture and prized cutting boards, coasters, puzzles, and trucks that George made with wood taken off the family land.

George talked to everyone he met and he met only friends. He had a great sense of humor and gave laughter to everyone. He was a process guy, who liked knowing how things worked. He kept all of us organized.

George loved his children and grandchildren, making them french toast and blueberry pancakes on Saturday mornings. He is survived by: his loving wife of 47 years Linda; his son George and Christine and their children Catlin and Sydney; his son Jason and Kristy and their children Elliana and Jackson; his mother Nadine; his “older” sister Cheryl and Rusty Foster; Linda's family; two aunts and numerous nieces, nephews and cousins.

A Memorial Service to celebrate his life will be held Saturday April 2, 2016, at First United Methodist Church in Appleton. Visitation is from 10:00 AM until the time of the memorial service at 1:00 PM. A memorial fund is being established in his name.

The Family would like to thank the Doctors, Nurses and Staff of FVHO and St. Elizabeth's Hospital for their knowledgeable and passionate care. We are all grateful to them.

My Cup Runneth Over with Love…

To order memorial trees or send flowers to the family in memory of George C. Webster, Jr., please visit our flower store.