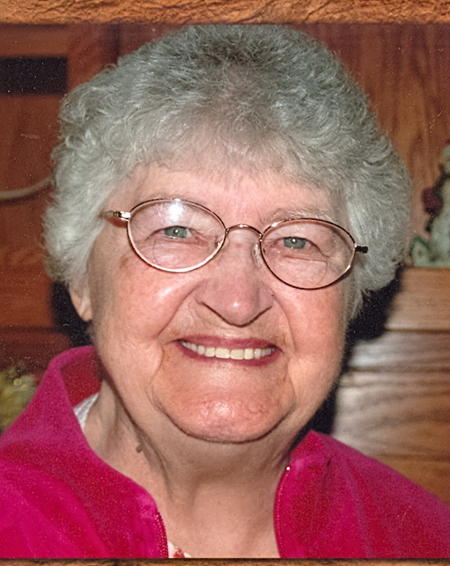 Genevieve Ebben, age 91, of Appleton, passed away on Monday, August 27, 2012 at Brewster Village. She was born on August 19, 1921, in the Town of Kaukauna, the daughter of the late Henry and Mary (Huven) Ebben. Genny attended St. Nicholas Catholic School in Freedom. She enjoyed reading, singing, and music.
Gen is survived by her two sisters: Sister Janet, OSF of Springfield, Illinois and Dorothy Wavrunek of Luxemburg; two brothers: Willard Ebben of Kaukauna and Henry (Rosella) Ebben of Green Bay; sister-in-law: Mary Ebben of Kaukauna; along with many nieces and nephews and their families. She is further survived by the many friends she made while residing at Brewster Village.
Genny was preceded in death by her four sisters: Matilda (Peter) Van Den Bosch; Clara (Walter) Roepcke; Frances (Ervin) Deprez; and Margaret (Raymond) Heindl; brother-in-law: Sylvester Wavrunek; two brothers: Richard Ebben and Vincent Ebben; and sister-in-law: Helen Ebben.
The funeral liturgy for Genevieve will be held at 11:00 am on Wednesday, August 29, 2012 at Holy Cross Catholic Church, 309 Desnoyer Street, Kaukauna. Fr. Tom Pomeroy will be officiating. Interment will take place in the parish cemetery. A time of visitation will be held at the church from 10:00 am until the time of mass. In lieu of flowers, a memorial fund has been established in her name. Online condolences can be expressed at www.wichmannfargo.com.
Her family wished to thank the staff at Brewster Village, for the loving care they gave to Genny, God Bless you all!

To order memorial trees or send flowers to the family in memory of Genevieve C. "Genny" Ebben, please visit our flower store.