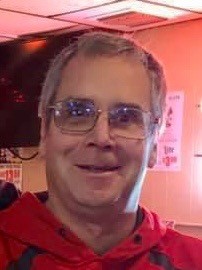 Gary Helein, 52, of the city of Kaukauna, passed away on Monday, March 1, 2021. He fought a 20-year battle with Parkinson’s Disease, a recent diagnosis with Leukemia (CLL), and eventually died from complications of COVID. He was the most strong, amazing, husband, father, son, brother, and friend. Gary was born on January 30, 1969, in Appleton, to Joan (Schmitzer) Helein and the late William Helein. He graduated from Kimberly High School in Kimberly, WI in 1987 and went on to attend UW Stout where he graduated with a degree in Industrial Technology. Gary was united in marriage to his college sweetheart, Amy DeTuncq, on October 2, 1993. After graduating from college, Gary went on to work for several companies before landing at Plexus in Neenah and then moving to Ducommun (Pensar) from where he retired.  His kind, patient, supportive demeanor led him to form many great relationships that continue to this day.

He enjoyed many hobbies and his interests included boating, going on ATV rides, long family weekends, traveling to historical sites, fishing, pheasant hunting, sturgeon spearing, and cooking for his friends and neighbors. Fall weekends were reserved for cheering on the Badgers and Packers with Grandma Joanie. Gary was extremely proud of his children; he especially enjoyed supporting them throughout their time in karate and any other interests they chose to explore.

We would like to give thanks and God’s blessings to all our extended family and friends for all their concerns and prayers; to our family friend Dr. Karl Greene who took great care of Gary throughout his nearly lifelong battle with Parkinson’s Disease; to the numerous doctors and staff that have supported Gary, and especially to the angels who are the ThedaCare ICU and hospice services staff. Though our time there was short, we will always be grateful for the peace and comfort given to us during these last days.

A private service will be held. A livestream of the funeral services for Gary will be available on March 12, 2021 at 11:00 AM and can be viewed at wichmannfuneralhomes.com through Gary’s obituary page. A celebration of life will be held at a later date.

In lieu of flowers, memorials may be directed to the “Michael J. Fox Foundation for Parkinson’s Research.”

To order memorial trees or send flowers to the family in memory of Gary V. Helein, please visit our flower store.