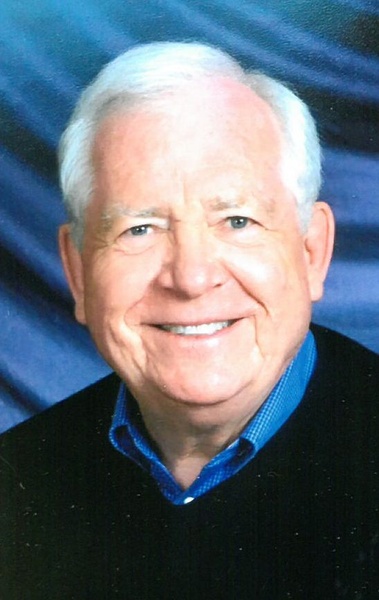 Frederick J. Russler, 76, of Appleton passed into the arms of his Heavenly Father on October 23, 2019, at home after nearly a year long battle with cancer.

He was a devoted husband of 54 years to his wife Virginia (Johnson) Russler; a loving father to Kirsten (Ian) Russler Noble and Andrew (Camille) Russler; a beloved grandfather to Alexander and Erik Noble and Lauren and Audrey Russler. He will be deeply missed by all his family members and many friends.

Frederick was born in Chicago, Illinois to the late Ruth and Frederick Russler on November 6, 1942. He grew up in Oshkosh and graduated from St Olaf College in 1965 with a B.A in Economics and Math. He was a talented athlete and participated in a number of sports in both high school and college. He married Virginia Johnson on December 26, 1965, moving to Appleton in 1968 where they raised their family. Fred worked in Investments and Property Development for AAL/Thrivent Financial for over 30 years, retiring in 2002. He was a devoted member of Trinity Lutheran Church and First English Lutheran Church and a volunteer in the Appleton community for many organizations.

Funeral services will be held at 2:00 PM on Tuesday, November 26, 2019, at First English Lutheran Church, located at 320 E. North Street in Appleton, with Pastor Jeff Tengesdal officiating. Family and friends are invited to gather at the Wichmann Funeral Home, 537 N. Superior Street in Appleton on Monday, November 25, from 3:00 PM until 6:00 PM and again Tuesday at the church from 1:00 PM until the time of the service.

Memorials may be given in Frederick’s name to First English Lutheran Church or the charity of your choice.

To order memorial trees or send flowers to the family in memory of Frederick J. "Fred" Russler, please visit our flower store.