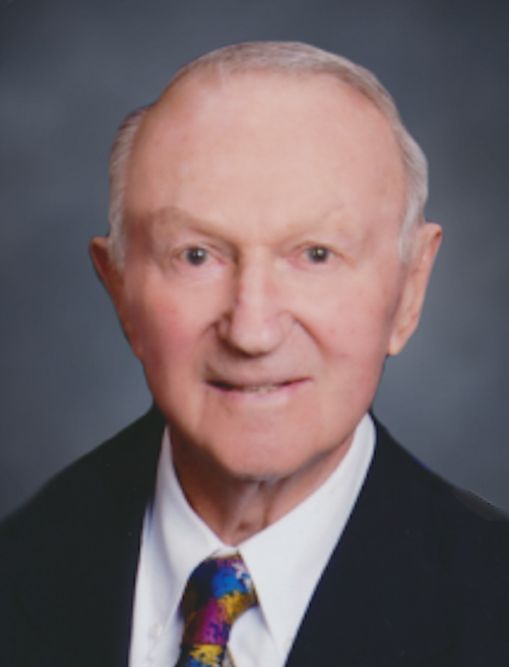 Fred Heinritz died peacefully on Monday evening, July 24, 2017 at his home.¬† Fred was born in Appleton on November 16, 1923, son of the late Fred C. and Rose (Steidl) Heinritz.¬† A lifelong resident of Appleton, Fred attended St. Joseph Grade School and Appleton West High School, and enrolled at Notre Dame University.¬† His college days, however, were interrupted by World War II, as he spent three years in the United States Army.¬† He enlisted in 1942 and became a B-17 pilot, flying missions over Germany from bases in England.¬† He was discharged in 1945, and returned to Notre Dame for his graduation in 1947.¬† Fred married Gretchen Esche in 1949; the couple was blessed with two sons: Rick and Charles.

Fred’s career at Appleton Coated Paper Company spanned forty years, from 1947 until 1987.¬† He served his community as a member of the Junior Chamber of Commerce, Boy Scouts of America, and the Appleton Kiwanis Club.¬† He had many interests, and loved traveling the world with Gretchen and the Notre Dame Alumni Group.

Fred was an avid outdoorsman, and always fondly recalled his memories of traveling to the mountains of Alaska, British Columbia, and the Northwest Territories to hunt mountain sheep.¬† Back at home, he loved to hunt ducks, grouse, pheasant, and deer, and fishing for trout on his property on the Little Wolf River in Waupaca County.¬† He purchased the property back in 1961, and remains in the family today.

Fred is survived by his loving wife: Gretchen Heinritz of Appleton; two sons: Rick Heinritz of Madison and his son Dan (Tracy); and Charles (Karen) Heinritz of Salt Lake City and their daughters Laura and Molly.

The funeral liturgy for Fred will be held at 3:00 PM Sunday, July 30, 2017 at ST. JOSEPH CATHOLIC CHURCH, 410 W. Lawrence Street in Appleton, with Fr. Jim Leary officiating.¬† Family and friends are invited to gather at the church on Sunday afternoon from 1:00 PM until the time of the service.¬† Full military honors will follow the mass.¬† A private burial ceremony will take place at St. Joseph Cemetery.

The family has suggested that memorial funds be directed to St. Joseph Catholic Church.¬†

To order memorial trees or send flowers to the family in memory of Fred T. Heinritz, please visit our flower store.