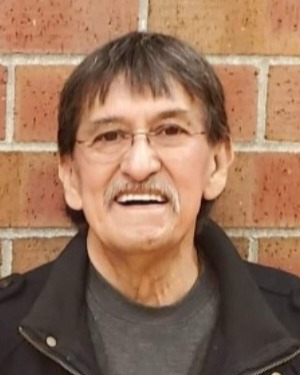 Fred L. Roden, age 69 of Appleton, WI unexpectedly passed away on November 23, 2022.  He was born to Fred Sr. and Socorro (Guerrero) Roden on December 8, 1952.  He graduated from Moline High School with the class of 1970.  Fred was a millwright for many years, more recently working at Kimberly-Clark and Clearwater Paper Mill until he retired in 2016.  Fred married the love of his life, Pam Reese in October of 2008 and together, they united their families.

After retiring in 2016, Fred became a full-time caregiver to his beloved wife, Pam, until she passed in 2018.  He spent many years improving his darts game and later picked up bags, going to tournaments and crushing his competition at family events.  Fred took a lot of pride in his Corvettes, making sure he always kept them sparkling clean and fully functional through the years.  He was also a real handyman and always enjoyed fixing and tinkering with things.  You could always catch Fred with a can of Sprite and a straw in his hand whenever you saw him.  Fred was known to his co-workers and friends as "Ratt".  More than most things, though, Fred loved and took so much pride in his grandchildren, going to their sports games and supporting them however and whenever he could.

Fred is preceded in death by his wife, Pam; his parents, Fred Sr. and Socorro; and his sisters-in-law, Gina and Linda.

Fred is survived by his stepsons, Jason (Vicki) and Chad; his step-grandchildren, Reid, Cassidy, Kiley, and Clover; his sister, Omega; his brothers-in-law, Rick (Michelle) and Tim (Barb); his sisters-in-law, Kelly, Mary, and Kathy (Richard); as well as many other nieces, nephews, other extended relatives, and dear friends, and will be missed by all.

A memorial visitation will take place from 4-6 PM on Wednesday, December 7 at Wichmann Tri-County Chapel, 1592 S. Oneida St, Menasha, WI with a memorial service to follow at 6 PM.  Fred will be laid to rest at Greenlawn Memorial Park in Neenah.  In lieu of flowers, the family asks that, in honor of Fred, please get in the Christmas spirit of giving and donate to a charity such as Toys for Tots.

To order memorial trees or send flowers to the family in memory of Fred L. Roden, please visit our flower store.