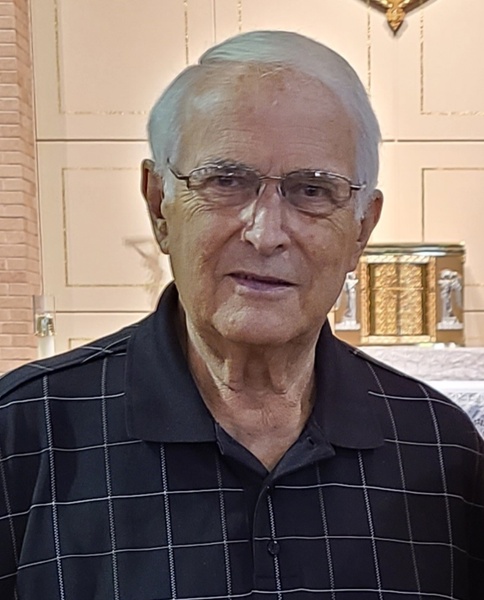 Frank was born in Manawa to John and Martha (Wroblewski) Warmbrunn on December 12, 1939; he started school in Royalton and moved to New London where he graduated from High School in 1959.  After high school he moved to Neenah and worked at George Banta for 42 years. He married Patricia (Dunlavy) Warmbrunn in 1961. They were happily married for 60 years and had three daughters.

Frank served in the National Guard for 5 years with 2 years of active duty. He was a member of American Legion Post 38. In 2018, he had the opportunity to fly on the Old Glory Honor Flight out of EAA to Washington DC.

Frank enjoyed hunting, musky fishing, snowmobiling, pitching horseshoe, watching all the Wisconsin sports teams, but most of all spending time with his family.  When Frank was younger, he played fastpitch softball for many years. He also enjoyed camping in Eagle River and Minocqua, spending time at the cottage, and traveling to many different places.

A funeral mass will be held at 12:30 pm on Saturday April 2nd, 2022, at Sacred Heart Catholic Church located at 222 E. Fremont Street in Appleton. Friends and family may gather at the church in the Sacred Heart Room from 10:00am until the start of mass.

In lieu of flowers, a memorial will be established in Frank Warmbrunn’s name.

To order memorial trees or send flowers to the family in memory of Frank Clarence Warmbrunn, please visit our flower store.