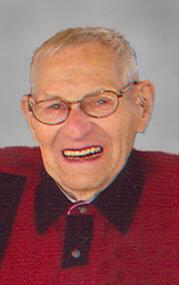 Frank Verrier, age 88, of Appleton, passed away on May 10, 2011. Frank was born on June 20, 1922, to the late Frank and Katherine (Drexler) Verrier. He married Jeanette Mueller on April 24, 1949. Frank proudly served his country in the Merchant Marines during WWII. He owned and operated Appleton Radiator for over forty years, retiring in 1990. He is survived by his wife Jeanette; sons, Douglas (Diane) Verrier and Dennis Verrier; daughters, Deborah Kregenow and Wendy Ludwig; 9 grandchildren and 16 great grandchildren. Frank was preceded in death by two brothers and four sisters. Funeral services will be at 5:00 p.m. on Friday, May 13, 2011, at BETHANY EV. LUTHERAN CHURCH, 530 West, Parkway Blvd, Appleton, with Rev. Mark Henke officiating. Friends may call directly at the church on Friday from 2:00 p.m. until the time of services. Interment will be in Greenlawn Memorial Park, Neenah. In lieu of flowers a memorial has been established in his name.

To order memorial trees or send flowers to the family in memory of Frank I. Verrier, please visit our flower store.