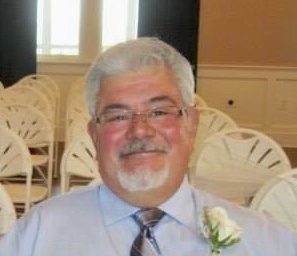 With profound sadness we announce the passing of Frank Hernandez, 64, on August 17, 2021 in Oshkosh, Wisconsin. He was a beloved Husband, Father, Brother, Nephew and friend and will be so greatly missed. Frank is preceded in death by his maternal grandparents, Charles W. Castorino, and Prudensia Castorino, his mother Socorro Pacheco, his beloved cousin Lisa Madril, and her wonderful son Isaac Campos.

Frank was born to his loving Mother, Socorro Pacheco, on July 7, 1957 in Tucson, Arizona. He grew up playing football and getting himself into shenanigans with his brother Jesse, and sister Marjorie. In his young adult years, Frank enlisted in the Army and was proud to serve in the 11th Armored Calvary Regiment, or Blackhorse Regiment. During these years Frank became a father to his first child, a son who shared his first name.  In later years Frank worked hard as a salesman for JCPenny in Tucson, Arizona and he soon welcomed two daughters to the world. Family and work led Frank to move to Wisconsin where he spent the last 27 years, fifteen of those years were spent by the side of his wife, Michelle, whom he loved endlessly.

Frank worked hard in the restaurant industry for many years, but most would say his biggest passion was Coaching. Frank spent around 40 years coaching pee-wee, high school, and semi-pro football in both Arizona and Wisconsin. Being the dedicated Father and Coach he was, Frank also coached soccer, softball, and basketball for his daughter’s teams, continuing to make a lasting impression on anyone he coached. He wasn’t a basketball player or coach, but he watched videos, read books, and sought out advice from others until he became top notch and led a very successful team. Frank remains “Coach” to many, a title he held with pride. Frank built strong relationships with his fellow coaches and players; these connections meant the world to him.

Anyone who spent time with Frank knew how much he loved music as they, no doubt, could hear him playing his tunes 23 hours a day. He loved to sing and dance just for the joy of it and, no doubt shared that with his daughters. It brought him much joy and peace how much his daughter, Brittany, sounded like his mother when she sang. Frank was also quite the home chef and spent many hours cooking up a storm in the kitchen for his lovely wife & family, playing his music loudly and never missing a dance break. When Frank wasn’t grooving to his music or cooking you could probably find him reading. Frank loved to learn, and he also loved the captivating stories told by Stephen King and James Patterson while cuddling with his puppies and cats.

Several of Frank’s family and friends may know that he was also a very talented artist. Though he hadn’t drawn much in the last several years, Frank was extremely gifted at drawing and had created several beautiful pieces with pastels and charcoal. He used his gift of drawing in small ways to make his family smile—like when he drew a gopher sitting on a toilet having a rough time and faxed it to his wife at work. This little cartoon followed a laughter & tear inducing game of Mad Gab with the family—the phrase was “Long overdue”, but the card said, “Lawn Gopher Doo.” We will cherish the memories of his silliness for the rest of our days.

Frank loved his family dearly, his favorite things were being by his wife’s side, watching his children live and grow, and playing with his step-grandchildren who brought him so much joy.

We will miss his silly banter, his loud music, his “dance face,” his sense of humor, and his unparalleled ability to tell the scariest stories and spook you around every corner. Most of all we will miss the way he loved us.

A Celebration of Life will be held in Frank’s honor on Friday, September 10th beginning at 5:00pm. Feel free to arrive whenever you are able between 5-8pm. We will begin the photo slideshow, music selection, and memory sharing at 6pm with a meal to follow. The gathering will be held at the Copper Hall at 203 Otter Avenue in Oshkosh, WI 54901.

The Family has asked that you help us honor Frank’s memory by wearing any sports attire for teams you may have been a part of with him or any of his favorite teams—U of A, the Raiders, the Cubs, and of course he developed a soft spot for Wisconsin teams.

Directions and parking information can be found here:

The family requests memorial tributes be directed to the “Final Expenses for Frank & Family” Go Fund Me to assist with expenses. Flowers and/or memorial contributions are equally welcome.

To order memorial trees or send flowers to the family in memory of Frank Hernandez, please visit our flower store.