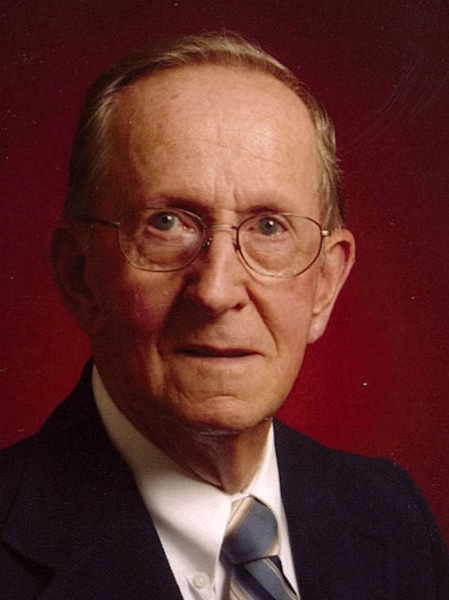 On October 9, 2021, the world lost a very kind and gentle man. Francis “Fran” Patrick Shea, age 94, passed away peacefully at Oak Park Place in Menasha surrounded by his loving family.

Fran was born in 1927 to Cornelius and Edna Shea in St. Nazianz, WI. He graduated from Kiel High School in 1945, finishing early to enlist in the Navy. He often told the story of serving on the USS Enterprise in the Pacific. On their way to Hawaii the war ended. They changed course, going through the Panama Canal, to New York, London and back again to bring troops home from the war. He was proud to be the ship chaplain’s secretary.

On April 25th, 1953, he married Delores at St. Michael’s Catholic Church in Whitelaw. They lived in St. Nazianz for 6 years while he was employed at the Salvatorian Center. They moved to New Holstein where he worked at Tecumseh Engines. In his position as Payroll Supervisor, he operated some of the earliest computer systems. He retired in 1989 and they continued to enjoy their home on Mary Avenue for another 20 years.

Fran was a loving husband, father, grandpa and great grandpa. He cherished spending time with his family, always willing to help with house projects or play with the grandkids. He and Lorrie had a great group of friends that they played cards, bowled and danced with. Fran liked to keep active, so after retirement he enjoyed volunteering, golfing, going on bus trips and recently doing all available activities at Oak Park Place. He was a member of the American Legion for 75 years and a long-time member of Holy Rosary Church while in New Holstein. More recently he belonged to St. Patrick’s Parish in Menasha.

The funeral liturgy for Fran will be held at 11:00 AM on Thursday, October 14, 2021, at St. Patrick’s Catholic Community, 324 Nicolet Blvd. in Menasha. Visitation will be held at the church from 9:30-11:00 until the time of services. Private entombment services will be at Knollwood Mausoleum.  In lieu of flowers, a memorial fund will be established in his name.

The family would like to extend their heart-felt appreciation to the staff at Oak Park Place, Ascension at Home and Compassus Hospice, along with Fran’s many doctors who helped to give this wonderful man such a long and active life.

To order memorial trees or send flowers to the family in memory of Francis Patrick "Fran" Shea, please visit our flower store.