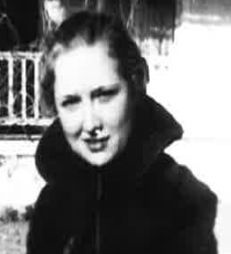 Frances died at 9:41 pm on Saturday, February 8, 2014 at St. Paul Elder Services, Kaukauna, with members of her loving family at her side. She died as she had lived – quietly, peacefully, without fuss. Her quick, easy wit and sparkling green eyes will be missed. Frances will be remembered as a kind person, happy in everyday life and guided by faith.
She was born November 3, 1919, the daughter of the late John and Dora (Verhasselt) Green, and was raised on the family farm in Freedom.

The funeral liturgy for Frances will be held at 11:00 AM on Saturday, February 15, 2014 at Holy Spirit/Holy Name Church, 600 East Kimberly Avenue, Kimberly, with Father Dave Pleier officiating. A time of visitation will be held on Saturday from 9:00 AM until the time of the service at the church. Online condolences may be expressed at www.wichmannfargo.com.

Family members would like to thank St. Paul Elder Services for all their kind care.

To order memorial trees or send flowers to the family in memory of Frances M. Weiland-Moudry, please visit our flower store.