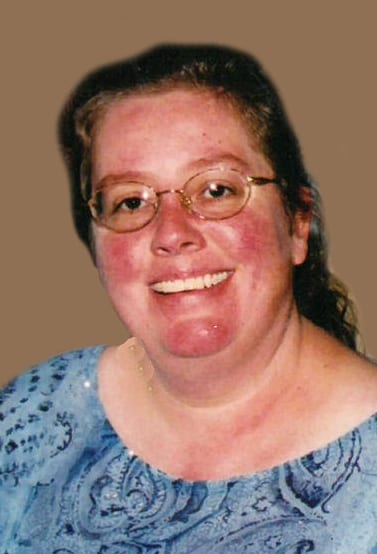 Frances Mary Lenhart passed away very suddenly and entered the arms of Jesus on November 12, 2020. Frances was born September 27, 1959, to Ralph and Patricia Geiger, Sr. at the Kaukauna Community Hospital. She was one of three daughters and three sons. Later in life, she would often reminisce about growing up on 10th Street on Kaukauna’s south side.

Fran attended St. Mary Grade School and was a 1978 graduate of Kaukauna High School. She worked at Kaukauna Klub Cheese, Aramark Services, and went on to retire from St. Elizabeth Hospital in Appleton after 28 years of employment.

Frances was coaxed by her younger sister into taking a reluctant motorcycle ride on a sunny Saturday afternoon with one of the local “thugs.” That ride sealed the deal. Fran and Bob were married in Las Vegas, and after enjoying many thicks and enduring several thins, they stayed together 42 years.

One of the highlights of her life was when she and her husband, along with their two boys, were partners in a small carnival and traveling amusement business. She would often say that business was a real love/hate relationship – especially when she would get the call from Uncle Bob and Aunt Judy that the ponies were loose – and the roundup would begin.

Fran was also a very good, although creative cook, usually making far more than was needed. There was never a reason to leave her home hungry. She also enjoyed the frequent weekend trips they made to obscure attractions and outlying supper clubs. The birds will miss her, too, as she would make it a point to keep the neighborhood flocks well fed. For the last several years, Fran was just happy to live a quiet life at home – no more semi-trucks, amusement rides, or ponies.

Frances is survived by her husband, Bob; two sons: Ryan and Bart (Ella); a brother-in-law: Steve Lenhart; her siblings: Lillian, Ralph, Jr., Cindy, Steve, and David, as well as many, many wonderful family members, friends, and neighbors. She was preceded in death by her parents, Ralph and Patricia Geiger, Sr., and in-laws Leroy and Irene Lenhart.

Due to current health concerns, the family has planned a private service at the Fargo Funeral Home.

Since Fran’s planned trip to the Columbus (Ohio) Zoo will no longer be able to take place, the family has suggested that memorials be directed to the NEW ZOO, 4378 Reforestation Road, Green Bay, WI 54313.

To order memorial trees or send flowers to the family in memory of Frances M. Lenhart, please visit our flower store.