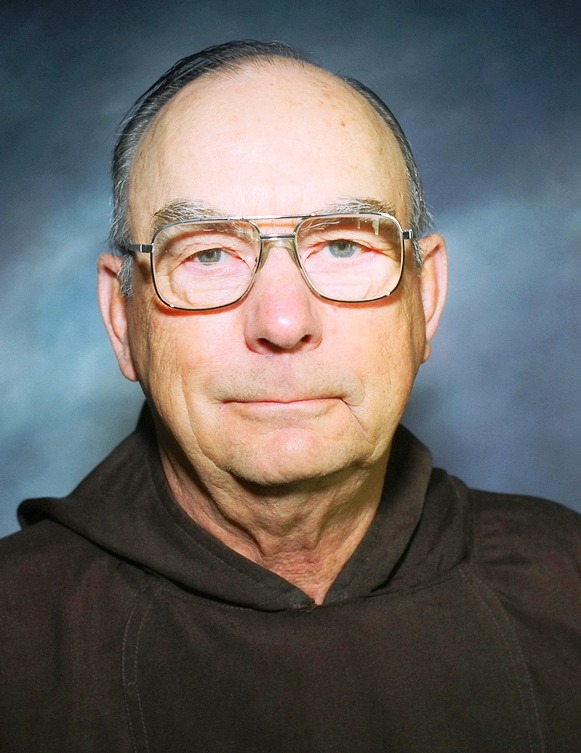 Bertin (Lawrence) Samsa, Capuchin friar and priest, died on October 24, 2018 at the age of 88, at St.Paul’s Home in Kaukauna, WI. Bertin was born in 1930, the son of the late John Patrick and Leona Delores (née DeRocher) Samsa, in Kingsford, MI. He was invested in the Capuchin habit in 1948, perpetually professed in 1952, and ordained a priest in 1956.

Fr. Bert served in pastoral ministry in Appleton, WI and Ashland, MT prior to being assigned to the Middle East (1963-1970), after which he served as a military chaplain for 24 years in a variety of locations, including the U.S., Vietnam, Germany and Italy. In 1995, he served as pastor in Weyauwega, WI until his retirement in 2017.

He is survived by his brother, John Francis Samsa (also a Capuchin friar) of Tucson, AZ, and his sister, Margaret (Douglas) Lynn of Santa Cruz, CA, as well as his many Capuchin brothers with whom he lived, prayed and ministered for over 70 years.

Bert was preceded in death by his sisters Veronica Luciani and LaVerne Johnson and brother, Donald.

A Liturgy of Christian Burial will be celebrated for Bert at 10:30 AM on Friday, November 9, 2018 at St. Joseph Parish, 404 W. Lawrence St., Appleton WI. Family and friends may visit at the church from 9 AM until the time of Mass. Interment will be at Mt. Calvary,WI at 2 P.M.

To order memorial trees or send flowers to the family in memory of Fr. Bertin Samsa, O.F.M., Cap., please visit our flower store.