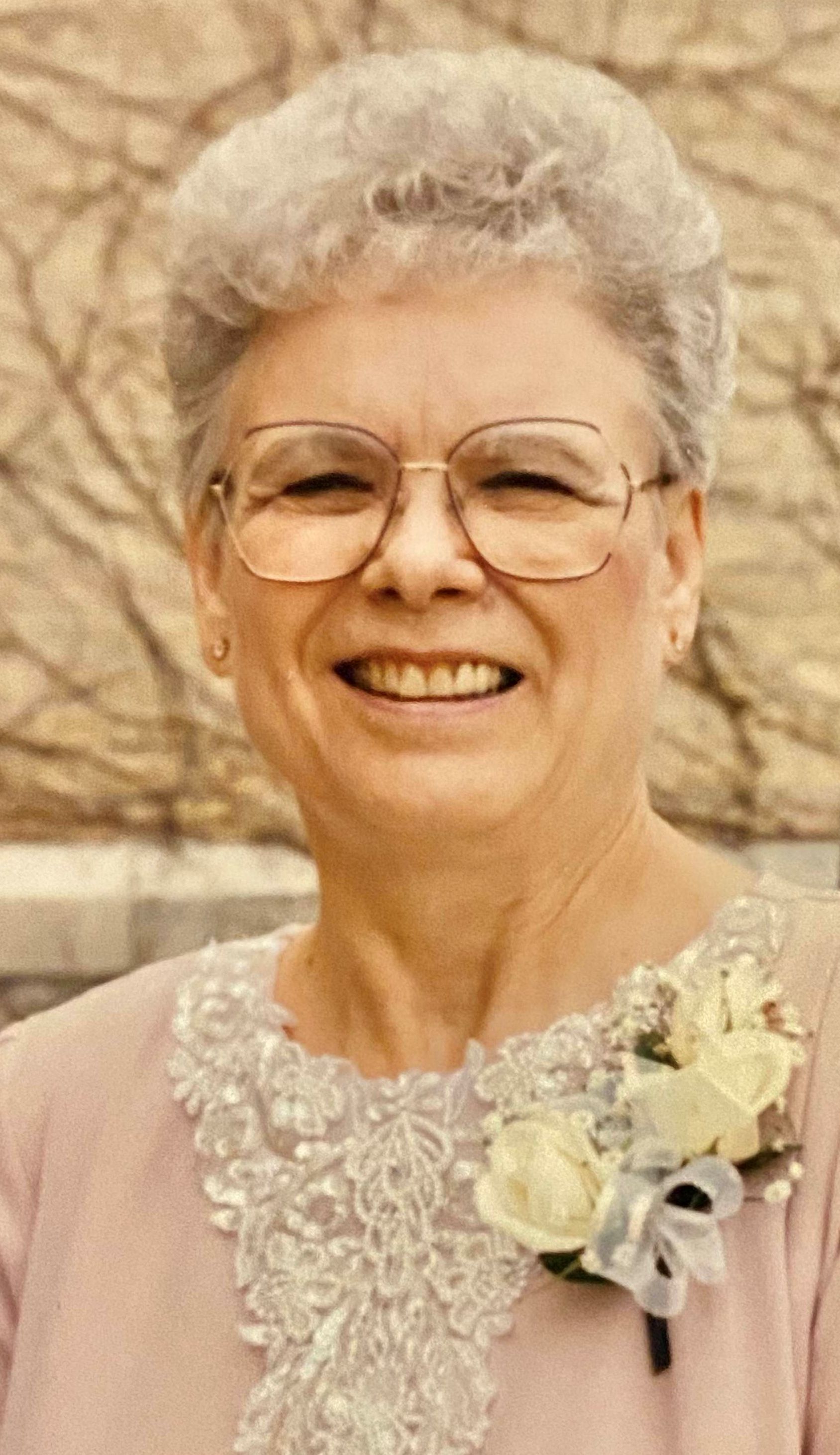 Florence Lucille (Shortt) Winters, age 90 of Menasha, passed away on July 12, 2021.  Florence was born to her loving parents Robert and Ethel (Freund) Shortt on July 22, 1930, in Appleton. She was raised on the north side of Appleton with her brother and 2 sisters and attended Franklin Elementary, Roosevelt Junior High and graduated from Appleton Senior High (West) in 1948.

Florence really enjoyed the outdoors and joined the Brownies and Girl Scouts. In her teens, she babysat, worked at the dime store, The Dairy Bar, and Gordon’s Ice Cream.  Later, she was a checker at Krambos Food Stores.

Florence met Jerry when his family moved into her neighborhood and a letter came to her house instead of his house and she delivered it to him, and they hit it off and started to date. In May of 1949, Jerry purchased a piece of land in Appleton and one week later proposed to Florence.  They decided to build a house with a GI loan and then got married on July 15, 1950, at St. Therese Church and had his uncle’s band play at their reception, Tony Winters’ Orchestra.

When they lived in Appleton, they were blessed with two daughters, first Charmaine and then Cheryl.  In 1962 decided to build a house instead in Menasha to be closer to Jerry’s work, American Can Company.  Years later along came their 3rd daughter Carrie.  Florence was a homemaker and enjoyed sewing and music.  Later she decided to become an Avon representative which she did as a hobby for 29 years where she earned many Albee Awards for reaching sales goals. She cherished the many friendships she made and several lasted after her retirement.

When Jerry was retired, they traveled extensively around the world and visited all 50 states.  They also had taken quite a few trips with their children as they were growing up and enjoyed fishing in the family boat.  They enjoyed 67 years of marriage until Jerry’s passing in 2017.  Florence always enjoyed keeping up her yard and flower gardening along with spending time with her family and friends.

She will be sadly missed by her children Charmaine (Dan Rondello) Winters, Cheryl (George) Gibson, and Carrie (Steven) Dorschner; grandchildren Richard (Sandy) Gibson and their sons Brayden and Jack, Heather (Ben) Moericke and their children Micah, Chandler and Lyric, James (Brooke) Gibson and Derrick Dorschner, a sister Roberta “Bobbi” Mielke, sister-in-law Helen Shortt and many nieces, nephews and other relatives and friends.

In addition to her parents and husband, Florence was preceded in death by her brother Gerald “Jerry” Shortt, sister Ramona Lenzner, and brother -in-laws Wallace Lenzner and Milo “Mick” Mielke.

The family would like to thank several neighbors that helped mom out the past few years with shoveling and more recently with mowing her yard. We also are thankful to the staff at Cherry Meadows Hospice who gave our mom such wonderful care and compassion to the family during these difficult last few weeks.

Funeral services for Florence will be held on Friday July 23rd, at Wichmann Funeral Home, 537 N. Superior Street, at 11:00 AM with Deacon Don Schultz officiating. Visitation at the funeral home from 10:00 AM until time of services. Interment at Highland Memorial Park. There will be additional visitation for Florence at the funeral home on Thursday July 22nd from 4:00 PM to 7:00 PM with a prayer service at 7:00 PM.

To order memorial trees or send flowers to the family in memory of Florence Lucille Winters, please visit our flower store.