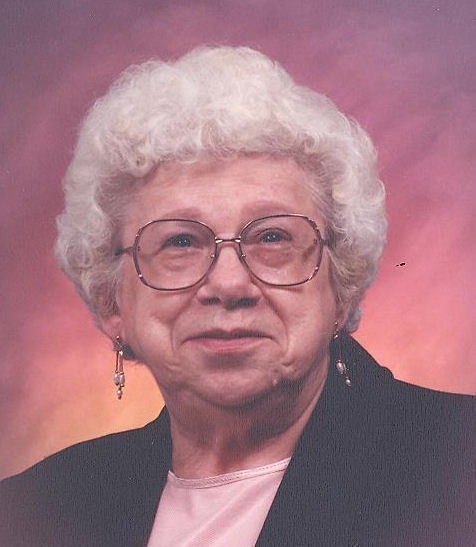 Evelyn Shanklin, age 91, passed away Saturday morning, March 15, 2014. She was born in Waupaca County on June 13, 1922, daughter of the late Charles and Mary (Erickson) McCunn. A 1940 graduate of the Waupaca High School, she married Henry Shanklin on October 12, 1946; he preceded her in death in 1973. As a young woman, Evelyn worked at Zwicker Knitting Mills and Scolding Locks, but after her marriage, she devoted herself to raising her family. After Henry's death in 1973, she took up work again as a housekeeper for several area families. Evelyn was a longtime and faithful member of Trinity Lutheran Church in Appleton. She enjoyed reading, puzzles, cards and games, shopping, and spending time with her family. She will also be remembered by everyone as a great cook and welcoming homemaker. It was just about impossible to leave her home without accepting her offer of a meal, snack, or dessert. She welcomed visitors and always made time for conversation.

The funeral service for Evelyn will be held at 11:00 AM on Tuesday, March 18, 2014 at TRINITY LUTHERAN CHURCH, 209 S. Allen Street in Appleton, with Rev. Brian Bankert officiating. Interment will be in Riverside Cemetery. Family and friends are invited to gather directly at the church on Tuesday morning from 9:00 AM until the time of the service. Online condolences may be offered at www.wichmannfargo.com.

The family would like to express their appreciation to the special caregivers at ThedaCare at Home. You took such wonderful care of our mother, and we will be forever grateful.

To order memorial trees or send flowers to the family in memory of Evelyn E. Shanklin, please visit our flower store.