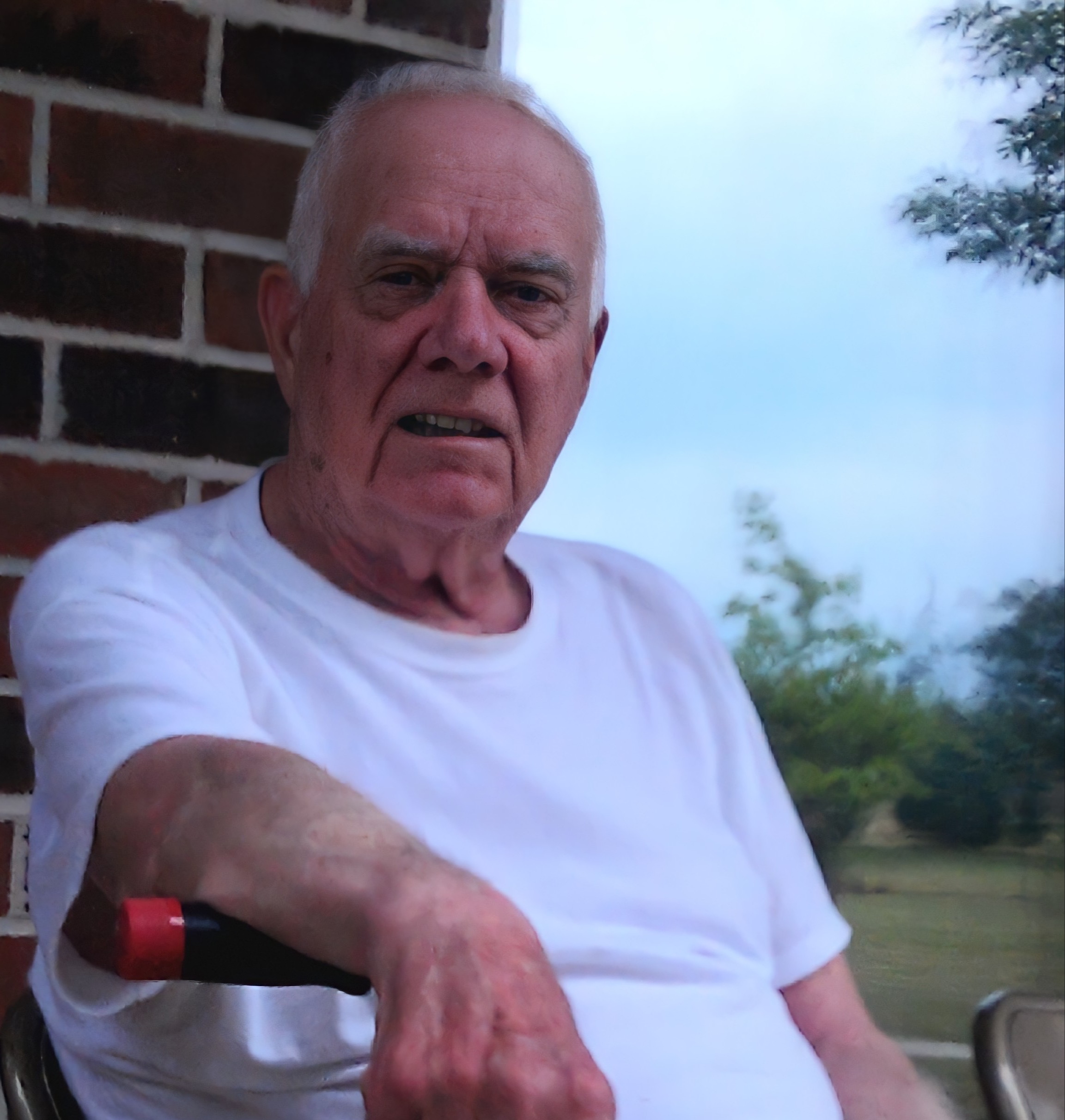 Eugene “Gene” Charles Schreiter age 90, passed away peacefully on June 23, 2022, surrounded by his loved ones. Gene was born January 17, 1932, to Leonard and Louise (Buchberger) Schreiter and was one of three siblings. He attended Appleton High School, and upon graduation began working as a truck driver at SC Shannon. Gene’s next adventure in work was as a millwright.
Gene married the love of his life Delores Hauser after the two met while the two were attending a dance.  The two began a family and soon had a brood of five in their busy household. He was a man who had a heart of gold and was a bit of a “pushover” when it came to his children, and grandchildren-they always came to him in an effort to gain permission for things they knew mom wouldn’t allow. He was known to play kickball in the street, go roller skating, play croquet, and attended all the events in which his children and grandchildren participated.
Somewhere in his early adulthood, Gene acquired the nickname “Yutch.” No one knows how or why, but when Yutch was involved, there were always some shenanigans going on. As the years passed and their children grew, Delores and Yutch moved from their home into an apartment where, Gene lovingly cared for his beloved Delores. After Delores passed Yutch could be found cruising on his scooter-his lifeline to the world, watching his neighbors playing card games or enjoying a game of Bingo.
Yutch was the master of positive attitude. He never complained and when asked was always “Feelin’ good.”  In recent years, when asked his opinions he would respond with “whatever.” When things went wrong or provided a moment of unexpected shock Yutch would comment with “good grief.” Once when trying on a new pair of glasses he exclaimed, “judas priest, I don’t even KNOW that guy.”
Yutch is survived by his children: Mike (fiancée Melodie Quall) Schreiter, Linda Johnson, Gary (fiancée Linda) Schreiter, Debra (Timothy) Kelpinski, Dan Schreiter; grandchildren: Joe (Christina) Schreiter, Mark (Kirsten) Schreiter and Jason Schreiter, Eric Johnson, Amanda (Ben) Bouchette, Marissa (Cameron) Learman, Morgan (Nate) Guyette; great grandchildren: Eden, Jordon, Jaimen, Addison, Jace, Arya.  Moreover, he is survived by other family and friends who will miss him dearly.
He is preceded in death by his wife Delores, parents Leonard and Louise, stepmother Irene, his brother Jim (Dorothy) and daughter in law Rose, granddaughter Precious Gem.
A memorial service for Eugene will be held Thursday July 7, 2022, at 4:00pm at Wichmann Funeral Home, Tri County Chapel 1592 S Oneida Street, Fox Crossing.  Friends and family may gather at the funeral home from 2:00pm until the start of the service. Gene will be laid to rest at Highland Memorial Park in Appleton at 1:00pm on Friday July 8.
The family wishes to thank Carol from VNA Home Health for her compassionate care of Gene.  Thanks also to his extended family at Ridgeview Highlands Apartments.
To order memorial trees or send flowers to the family in memory of Eugene "Yutch" Charles Schreiter, please visit our flower store.