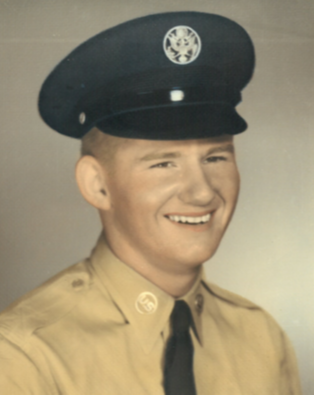 Eugene (Gene) Joseph Weber, aged 84, passed away peacefully in his sleep on Thursday, April 7, 2022 while in the care of Oakridge Gardens Memory Care Center in Menasha, following a stroke in 2017.  Eugene was born in Menasha, WI on March 24, 1938 to the late Ervin and Clara (Jacob) Weber.

Gene left St. Mary’s High School, Menasha in 1955 to join the National Guard at 17 years old and then enlisted in the United States Air Force where he was stationed in Germany and served as a Signaler (radio operator) on RB-50B and RB-50E aircraft. These aircraft were photo-reconnaissance planes dispatched on increasingly dangerous overflights over Soviet airspace.  Some of these “ferret” missions were intended to provoke Soviet intercepts, allowing U.S. spies to listen in on the resulting radio chatter and radar activity, studying what kind of defenses were in place and Soviet scramble times.

While in Germany, Gene met the love of his life, German native Edith Hofem. They married in 1958 in Germany and upon Gene’s honorable discharge in 1960, they returned to Menasha, WI.  Edith emigrated, became a United States citizen and together they raised three children.  Gene retired from Fleet Farm Stores in 2007 and continued working various part time jobs to stay busy.

Gene enjoyed watching football and baseball, playing cards, going dancing, and solving crossword puzzles.  More than anything, though, he loved his family get-togethers and spending as much time with them as he could.

A memorial visitation will be held from 3-5 PM on Wednesday, April 27 at Wichmann Tri-County Funeral Home, 1592 Oneida St, Menasha, WI 54952 with a  celebration of life to follow at 5 PM.

The Weber Family would like to extend a special “Thank You!” to the staff of Oakridge Gardens Memory Care Center, St. Paul Elder Care, and Theda Care Hospice for the love, care, and professionalism they displayed while caring for Gene.

In lieu of flowers, Gene’s family would appreciate donations to your local Veteran’s Association.

To order memorial trees or send flowers to the family in memory of Eugene J. Weber, please visit our flower store.