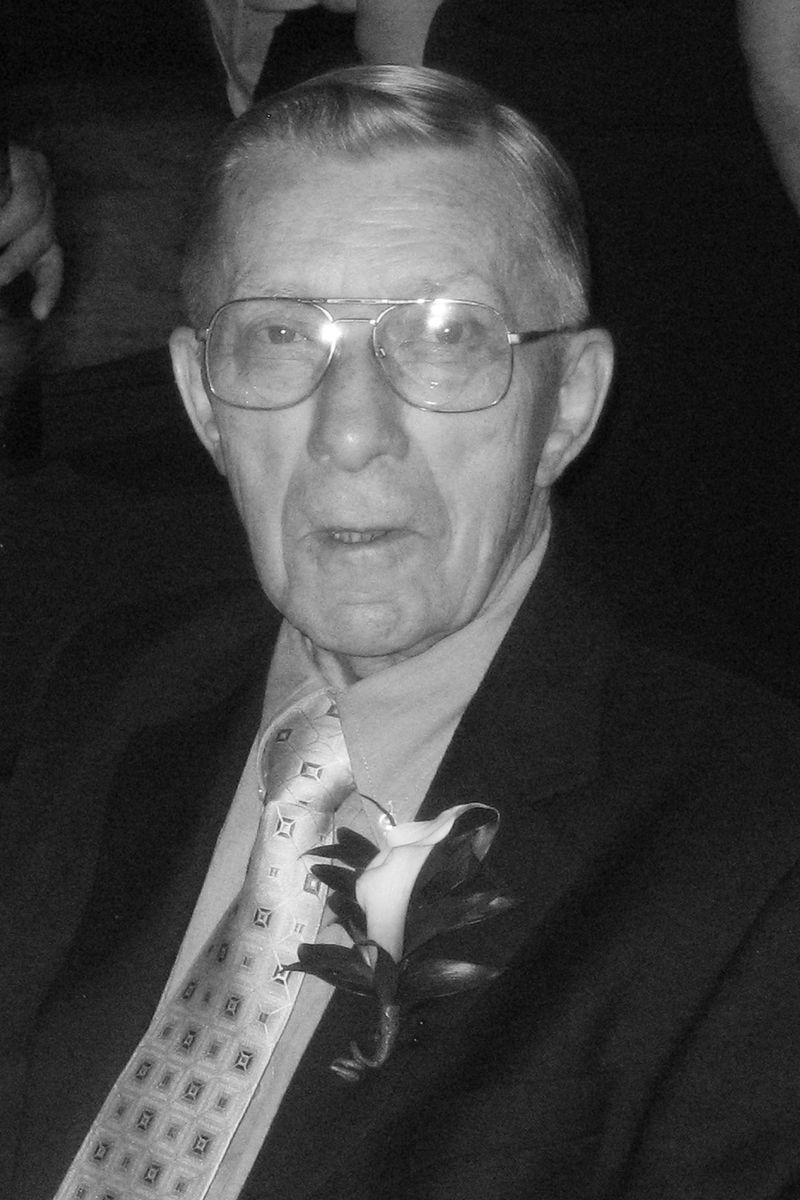 Eugene T. Schultz “Gene” age 83 died at Appleton Medical Center on Tuesday, January 29, 2013, surrounded by his loving family. He was born to the late Theodore and Mary (Hein) Schultz in Beaver Dam. He married Luella Van Eperen on June 24, 1953, at Holy Name Catholic Church in Kimberly. They would have celebrated their 60th wedding anniversary in June. After high school, he enlisted in the United States Air Force, and lived in many places including Texas, Mississippi, Wyoming, Virginia, Germany, France, Nevada, Arkansas, the Philippines (during the Vietnam War) and Florida, finally returning to Kimberly in 1971 as a Master Sergeant (E-7) after 21 years as an enlisted man. He was employed with Sears in Appleton and then with Kimberly Clark in Neenah until his retirement in 1986. As a young man, he enjoyed fishing, traveling, working on cars and collecting tools for his garage. In his later years, he could be found up North at his cottage hunting, fixing things in his garage, playing solitaire, doing crossword puzzles, going to auctions and putting together difficult puzzles. Gene enjoyed NASCAR racing, antique cars (his favorite was a 1937 Oldsmobile) and the Packers. Gene's greatest joy on earth was his family, especially his grandchildren. He enjoyed teaching them many things, especially his love for knowledge. He was always encouraging his grandchildren to further their educations, travel as much as possible, and was very proud of the paths they had chosen.

Memorial service will be held on Saturday, 3:00 PM, February 2, 2013, at Jansen-Fargo Funeral Home, 204 East Kimberly Avenue, with Pastor Tim Albrecht officiating. Friends and family may visit at the FUNERAL HOME from 1:00 PM until the time of service. In Lieu of flowers a memorial is being established.

Online condolences may be expressed at www.wichmannfargo.com

The family would like to thank his friends and neighbors who have been a special part of his life. We would like to thank Dr. Guenther, “Dr.” Nancy Gudex, Marlene and Leslie from Fox Valley Hematology and Oncology. A special thank you to the wonderful nurses at AMC on 7th floor oncology and the ICU staff. Your kindness will never be forgotten.

To order memorial trees or send flowers to the family in memory of Eugene T. Gene Schultz, please visit our flower store.