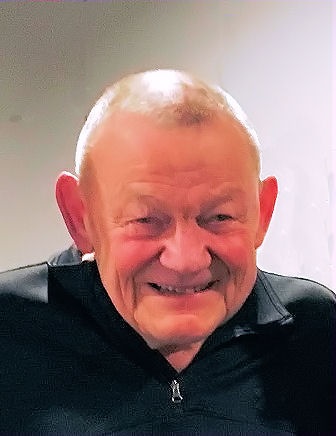 Gene Lamers of Appleton passed away at the age of 85 on Thursday afternoon, July 1, 2021. Gene was born in Appleton on September 27, 1935, son of the late Clarence and Irene (Appl) Lamers. He attended schools in Kimberly, where he graduated high school. He served our country in the Navy and Air Force as a weatherman. He then attended Chicago Tech in Illinois, graduating with a Bachelor’s Degree in Engineering. On September 13, 1958, he married Irene Kohl at St. Therese church in Appleton.

For many years, Gene worked at S. J. Baisch Associates in Kaukauna. His work took the family on some great summer vacations around the states, wherever he was working at the time. He loved watching all kinds of sports, especially the Brewers, Packers, Badgers and Kimberly Papermakers. He had season tickets to the Packer games for many years that he attended with a close group of friends that had some very memorable tailgate parties. He was at the infamous Ice Bowl, where he walked away with the souvenir of a lifetime, Don Meridith’s Dallas Cowboy cape! He liked working out in the early hours of the morning, and then joining his friends for coffee. He was always ready for a good game of Cribbage, if you were ready to lose. Him and Irene loved their annual visits to Branson, as well as other visits to Vegas, Reno, Lake Tahoe and Napa Valley.

In addition to his wife of 59 years and parents, Gene was preceded in death by his brother, Tom Lamers, parents-in-law, Clarence and Marie Kohl, siblings-in-law, Allan Kohl, Roger and Ethel Walbrun, Denny DuFrane and Janice Kohl.

A Funeral Mass for Gene will be celebrated at 5 PM on Thursday, July 8, 2021 at St. Paul Catholic Church, 410 Wallace Street, Combined Locks, by Rev. Carl Schmitt. Family and friends may visit at the church on Thursday from 3 PM until the time of the mass. Military honors will follow.

The family would like to thank all of their dad’s doctors and nurses who took such good care of him over the years. In addition, they can’t forget the many good friends he made through the years, especially those that made sure he always had some treats for his sweet tooth.
Please leave a special message or condolences for Gene’s family below.

To order memorial trees or send flowers to the family in memory of Eugene L. "Orangie" Lamers, please visit our flower store.