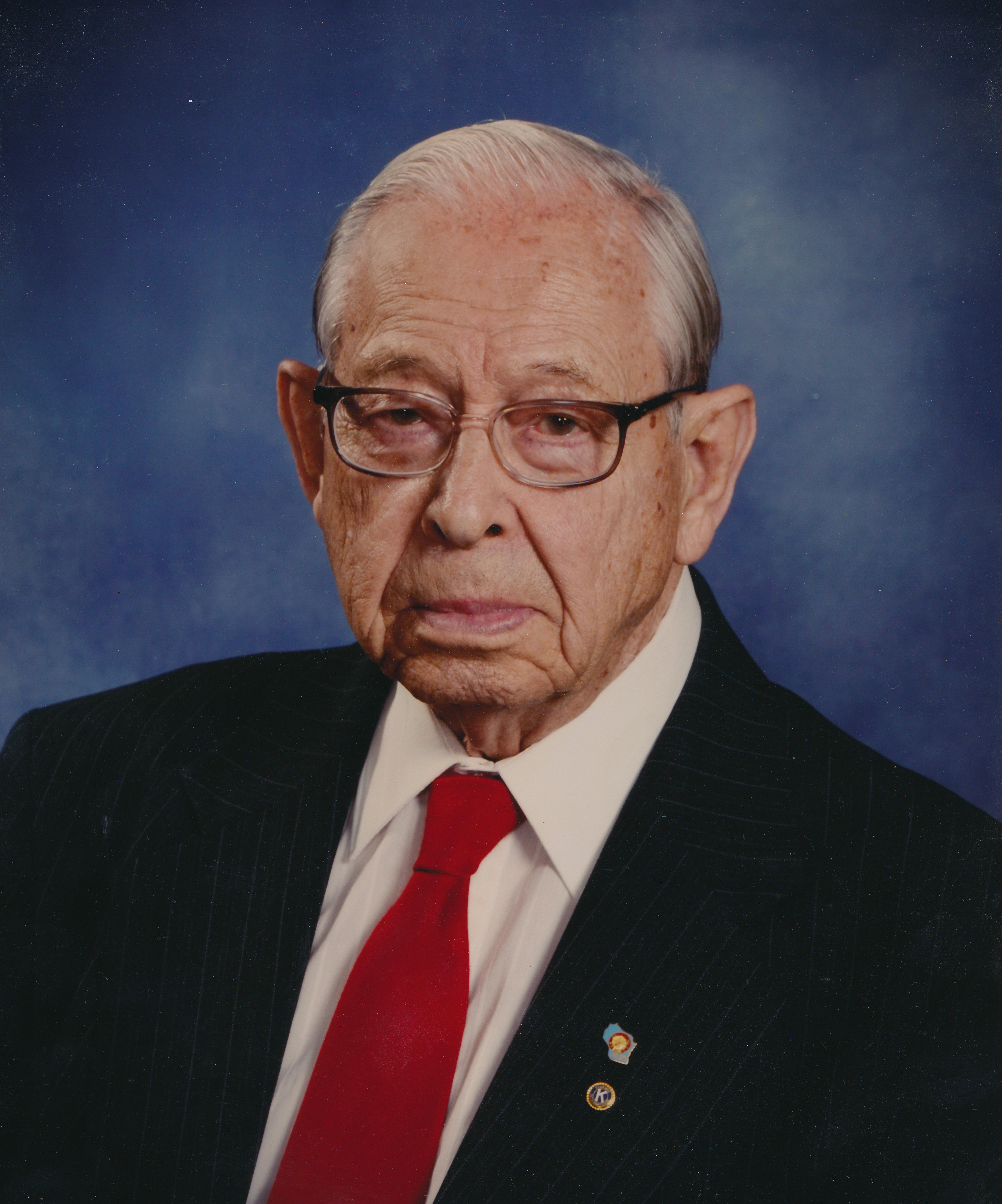 Eugene Bockin, 95, passed away on January 6, 2015 at Rennes Health and Rehab Center.
Gene was born on December 1, 1920 to Julius and Hilda (Sauby) Bockin. He served in the US Marines in the South Pacific during WWII as a member of the 2nd and 4th Marine Division. On March 25, 1944 he was united in marriage to Irma June Hanson; they were married for over 50 years until she passed away in 1994. He married Iris Forseth on October 4, 1998 who preceded him in death in 2010. Gene went to school using the GI Bill, graduating from Coin Electric School. In addition he had his commercial air conditioner license. He worked for several companies after Heid Music repairing televisions, radios, stereos and electronic organs. He went to several Central American countries on mission trips, one of those to Nicaragua to repair a church pipe organ. Gene did the public address systems for the Appleton parades and annual Appleton Memorial Day Ceremonies in Riverside Cemetery for over 50 years. He was very active in ballroom dancing at the Castle Dance Club; bowling in men's and mixed church leagues. Gene was a Boy Scout Leader at Trinity Lutheran Church for Troop 10. He enjoyed fishing, golfing, traveling; was a member of a motorcycle touring club, Appleton Yacht Club, and Kiwanis Club. Gene was also a member of the Appleton American Legion Post No. 38, Appleton VFW Post No. 2778, Disabled American Veterans, Chapter No. 18, and was a volunteer at Wisconsin Veterans Home at King. In 2010 he was invited and went on the Old Glory Honor Flight to Washington DC.
Gene is survived by two children; Diane Bockin, Kentucky, Donald (Miriam) Bockin, Texas, grandchildren; Anna and Christine Bockin, Kathalene Potts, Geraldine Lawrence; 6 great grandchildren; 7 great great grandchildren, his sister Muriel (Robert) Radtke; his special friend Leora Hooyman and her family; other relatives and friends.
Gene was preceded in death by his parents; his first wife Irma and his second wife Iris; grandchildren; David and Terri, a great great granddaughter Halo Marie and a sister Vivian Malone.
Visitation for Gene will be on Saturday, January 9, 2016 at Wichmann Funeral Home, 537 N. Superior Street in Appleton from 4:00 to 7:00pm. Visitation will continue at the church Sunday from 11:00am until the time of the service. Funeral Services for Gene will be at Trinity Lutheran Church, 209 S. Allen Street in Appleton on Sunday, January 10, 2016 at 12:00pm. Full military honors with rifle salute will follow the service immediately. For more information and to express condolences, please visit www.wichmannfargo.com.

To order memorial trees or send flowers to the family in memory of Eugene "Gene" Bockin, please visit our flower store.