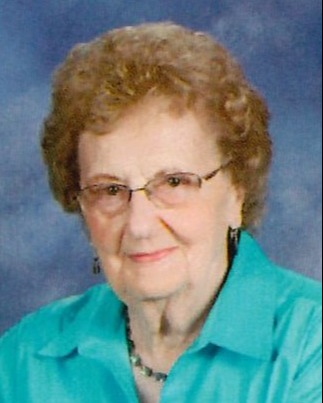 Ethel (nee Jandrey) Gilbertson was granted ninety-seven years of grace on earth until being called home to Jesus on Sunday, December 4, 2022.  Ethel was born on September 25, 1925, in Outagamie County, the only child of Albert and Laura (Steinbach) Jandrey. Ethel was a member of St. John Evangelical Lutheran Church, Town of Woodville where she was confirmed. This is where she also married Elder H. Gilbertson on September 22, 1950. Elder preceded her in death on September 5, 1974. They farmed in the Town of Woodville, Calumet County until his death; she then moved to Kaukauna and was employed at Kaukauna Community Hospital until her retirement.

Ethel was a familiar and welcomed friend at many of the polka dances around town. She enjoyed time with her family, especially when everyone was all together.  Ethel was a great listener and offered advice if it was asked for. And she always had fresh baked cookies when you stopped over!

The Christian Funeral Service for Ethel will be held at 11:00 AM on Saturday, December 10, at St. John Ev. Lutheran Church, located at N9125 Military Road in the Calumet County town of Woodville. Rev. Andrew Luehring will officiate, and Ethel will be placed at rest in the church cemetery.  Visitation will be held at the church on Saturday morning from 9:00 AM until the time of the service.

The family would like to thank the special angels who cared for Ethel at Eagle Pointe Senior Living as well as the staff of ThedaCare at Home Hospice.  We will never forget your kindness.

To order memorial trees or send flowers to the family in memory of Ethel C. Gilbertson, please visit our flower store.