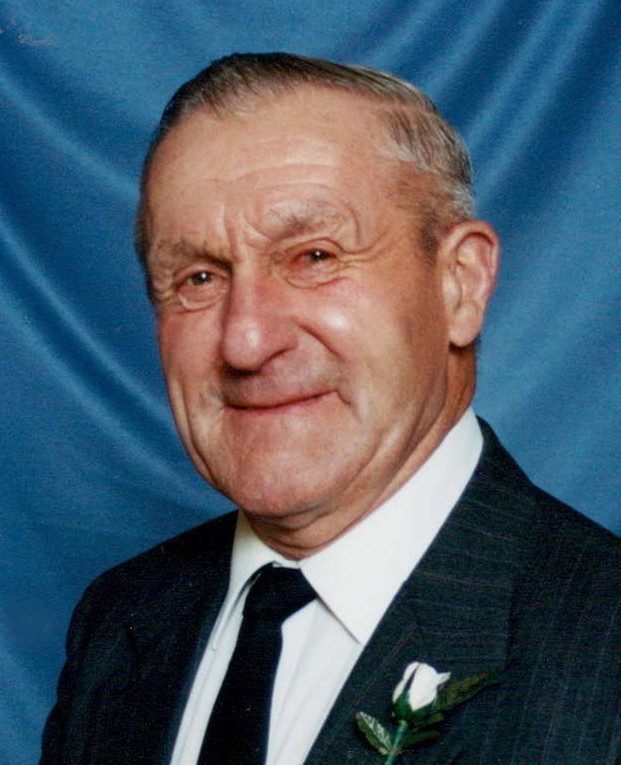 Known as Erv or Hardware Hank to many, Erwin J. Weber, age 91, died peacefully on Thursday morning, September 11, 2014, at Brewster Village, after a three-year battle with Lewy Body Dementia. He tried to be as independent and proud as possible. His strength and stubbornness was amazing. Erv was born September 2, 1923 in Grand Chute, son of the late John and Caroline (Blatz) Weber, and was united in marriage to Arletta Gossen on April 11, 1945. They celebrated fifty years of marriage before she passed in 1996.

Erv was a lifelong resident of Grand Chute. His family farm was where the Westhill Development is now located. The 80-acre farm that Erv and Arletta owned (adjacent to the Fox River Mall) was purchased in 1946.

Although farming was his passion, a second income was needed to provide for his family. Galloway Company / Dennis Long Trucking provided that income for twenty-five years. In 1968 his farm was sold for commercial property, and Erv “retired” at the age of 47. Retirement did not fit his work ethic, so several jobs followed: Allis Chalmers Factory, Valley Packaging, Lester Gauthier, Carew Concrete, and his final position of being the caregiver for Arletta until she died. The neighbors, friends, and family kept him busy with mowing lawns, fixing anything, housesitting, borrowing tools, and the like. He was affectionately known as “Hardware Hank”. His workshop tool collection compared to the inventory at any local hardware store. He was raised during the Great Depression, and never threw anything away.

The funeral liturgy for Erv will be held on Monday, September 22, 2014 at 10:30 AM at ST. JOSEPH CATHOLIC CHURCH, 410 W. Lawrence Street in Appleton. Fr. Jim Leary will officiate. Interment will follow at Highland Memorial Park. Family and friends are invited to gather at the church on Monday morning from 8:30 AM until the time of the service. Online condolences may be offered at www.wichmannfargo.com.

Dad, thank you for all of the knowledge and independence you gave me and for being my handyman for so many years. You taught me loyalty and honesty. Your work ethic is instilled in me. I am so proud to be Erv Weber's daughter. Love you with all my heart, now be at peace. – Suz.

The family would like to thank Dr. Thomas Mattio and staff, St. Elizabeth Hospital Staff, Peter, Shirley, and Judy at Haviland Hearing, Harry Coonen, Hansen Plumbing, Wells Fargo Bank, and Modern Sheet Metal for being great business owners and friends to dad. A special thank you also to the staff on the Lodge at Brewster Village. You became his family in his time of need, and for that we are grateful. And for those who knew our dad, you knew one hell of a guy!

To order memorial trees or send flowers to the family in memory of Erwin J. Weber, please visit our flower store.