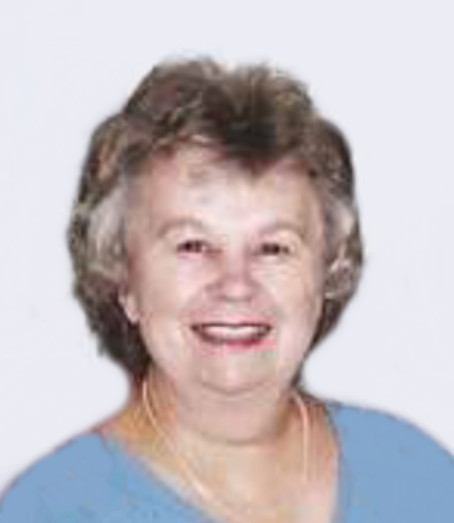 Erika M. Rasmussen, age 85, of Appleton and formerly of Thiensville, Wisconsin, died on Monday, February 17, 2014 of complications following a stroke. Erika was preceded in death by her husband, L.J. Rasmussen, in 1996, her parents Heinrich and Margaret Preu, and her brothers Hans and Henry Preu.

Erika Marie Elizabeth Preu was born in Germany on March 16, 1928. She came to America with her family at the age of two. Her family settled in Wisconsin. Erika grew up on a farm in Crawford County, graduated from Nathan Hale High School in West Allis and attended Ripon College where she met her future husband, L.J. “Rass” Rasmussen. Married on June 18, 1949, Erika and Rass lived in Brown Deer and Thiensville where they were both active in the community.

Erika was active at her church, Grace Lutheran Church and later Fox Point Lutheran Church, where she taught Bethel, served as a lector and even preached some sermons. Erika was one of the original docents at the Milwaukee Public Museum where she volunteered for over 35 years and was recognized with a Lifetime Achievement Award for “Outstanding Commitment to the Mission of the Milwaukee Public Museum for over 35 Years.” During her time there, she led tours of various exhibits, helped institute a program known as 'Noon Walks,' helped with various 'behind the scenes' work and hosted and wrote the script for a fashion show depicting 100 Years of Fashion from 1882 to 1982 in honor and celebration of the Museum's Centennial back in 1982. Following this event, Erika gave lectures on the History of Fashion to various civic groups and other organizations and also taught an interim course at Cardinal Stritch College.

Erika has made a difference and touched the lives of so many people! She will live on in many hearts and memories. She was an amazing woman, wife, mother, daughter, friend and so much more! Most of all, she was greatly loved and will be deeply missed, by her family. Her true joy in life.

The funeral service for Erika will be held at 4:00 pm on Thursday, February 27, 2014 at WICHMANN FUNERAL HOME TRI-COUNTY CHAPEL, 1592 Oneida Street, Menasha. Burial will take place at Highland Memorial Park, New Berlin. A time of visitation will be held on Thursday from 3:00 pm until the time of service. In lieu of flowers, donations may be made to: The Milwaukee Public Museum, Ripon College, The American Heart Association or the Salvation Army. These were organizations that had special meaning for Erika. Online condolences can be offered at www.wichmannfargo.com.

To order memorial trees or send flowers to the family in memory of Erika M. (nee Preu) Rasmussen, please visit our flower store.