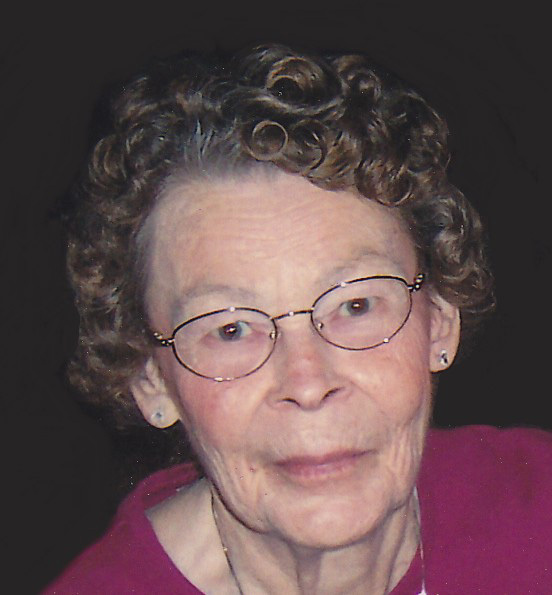 Betty Vandenberg, age 83 of Darboy, passed away peacefully on Sunday evening, August 17, 2014 at Cherry Meadows Hospice, surrounded by her loving family. Betty was born April 27, 1931, daughter of the late Nick and Esther (Van Handel) Hietpas and as a young girl attended school at St. John's in Little Chute. As a young woman, she worked at St. Elizabeth Hospital in Appleton until her marriage to Gordon Luniak on April 26, 1952. Together they operated a dairy farm in the Sherwood area until Gordon's death on August 3, 1960. Betty worked for a time then, at the Darboy Club, and on June 27, 1964 married Francis Vandenberg in Darboy. He preceded her in death on June 11, 1992. She returned to her work at the Darboy Club in the late 1980's and didn't retire until 2008! Betty loved cooking and baking, planning family gatherings, embroidering, working puzzles, gardening, and driving her lawn tractor. She found her most peace and comfort spending time with her loved ones.

The funeral liturgy for Betty will be held at 11:00 AM on Thursday, August 21, 2014 at HOLY SPIRIT CHURCH / HOLY ANGELS CHURCH, W2798 County Road KK in Darboy, with Fr. Donald Zuleger officiating. Burial will be in the parish cemetery. Friends are welcome to gather directly at the church on Thursday morning from 9:30 AM until the time of the service at the church. Online condolences may be offered at www.wichmannfargo.com. A memorial fund in Betty's memory has been established.

Betty's family would like to thank the staff and caregivers at The Renaissance and Cherry Meadows for their love, care, and compassion, as well as Dr. William Guenther for all you have done for our family. We will never forget your kindness.

To order memorial trees or send flowers to the family in memory of Elizabeth A. Vandenberg, please visit our flower store.