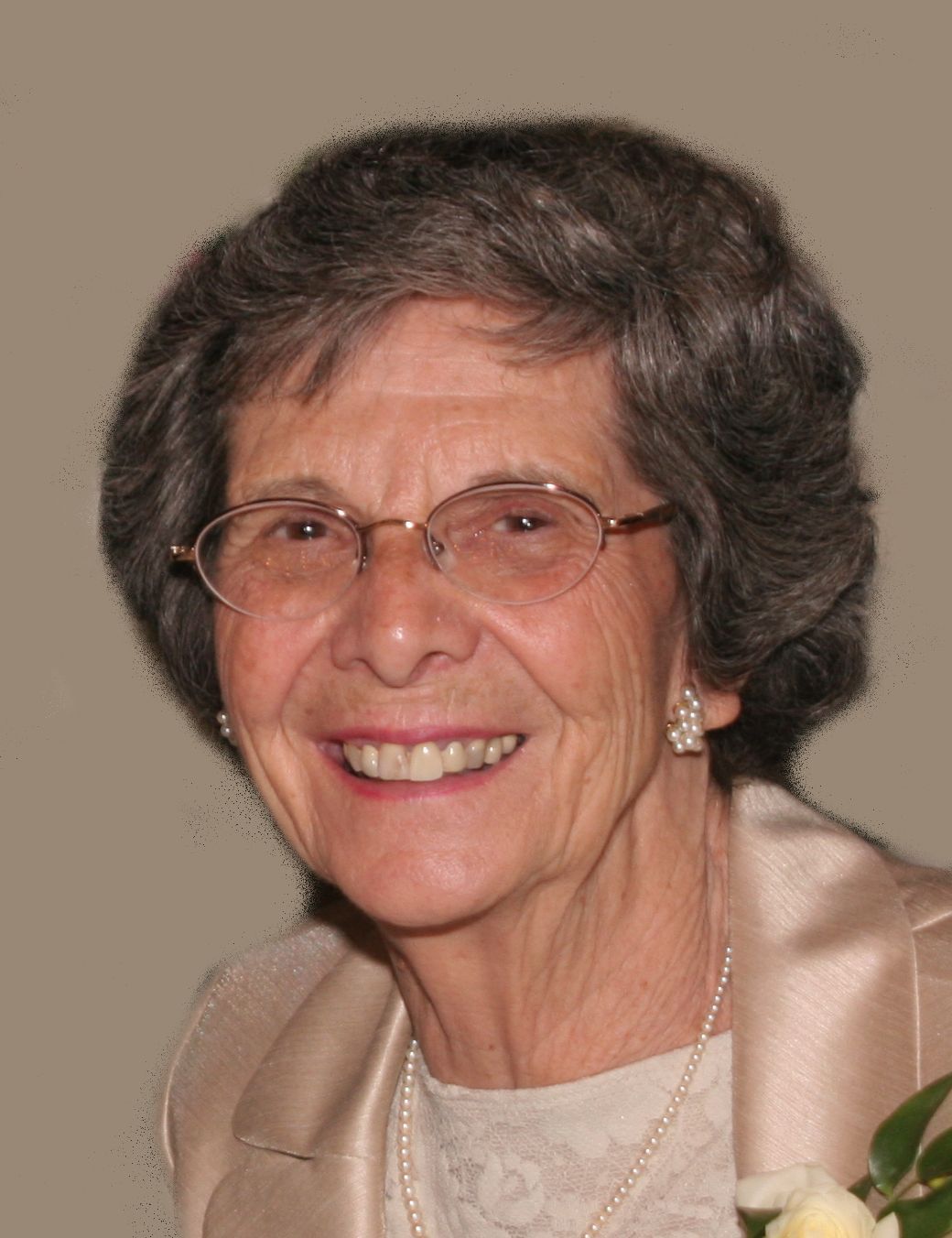 Elaine was born on April 13, 1930 in Watersmeet, Michigan but was raised and lived her entire life in Wisconsin. She was the youngest of ten children of George and Ada Keough. At a young age her family moved to Eland and eventually to Antigo where she finished grade school. She attended junior high in Wausau before moving to Kaukauna in 1944. She graduated in 1948 from Kaukauna High School, was the president of the National Honor Society and received the D.A.R. award for being the best citizen of her class. Elaine was a cheerleader all four years. She also was the Badger Girl's State representative in the summer of 1947.

Upon graduation Elaine became a society editor of the Kaukauna Times. It gave her great pleasure to write wedding announcements especially describing the details of bridal gowns. For a short time she worked at Kaukauna Klub Cheese.

On July 29, 1950, Elaine married the love of her life Robert “Chips” Knapp at Immanuel Reformed and Evangelical Church in Kaukauna. Together, they celebrated over sixty-four years of marriage. Once Elaine started a family, she became a homemaker raising her three children. For a while Elaine worked part-time at the Kaukauna Public Library. In 1968 Elaine and Robert started their flooring business. Eventually they opened a storefront on Lawe Street to house Knapp Tile and Tops Carpet Chalet. Elaine ran the store and managed the books until she and Robert retired in 1990.

Elaine's hobbies included reading, sewing, traveling and baking. She enjoyed entertaining and hosting dinner parties in their home. Elaine and Robert loved sitting on the deck at their cottage watching loons and boats go by on Island Lake in Three Lakes, Wisconsin. Together they spent winters in Panama City Beach, Florida where they enjoyed the beach, viewing sunsets and socializing with friends.

The funeral service for Elaine will be held at 11:00 AM on Saturday, October 18, 2014 at IMMANUEL UNITED CHURCH OF CHRIST, 510 Sullivan Avenue in Kaukauna. Family and friends are invited to gather at the church on Saturday from 9:00 AM until the time of the service. Interment will follow at Kaukauna's Union Cemetery. In lieu of flowers, donations may be made to Immanuel United Church of Christ, Kaukauna or the Union Cemetery Care Fund at Immanuel U.C.C.

To order memorial trees or send flowers to the family in memory of Elaine R. Knapp, please visit our flower store.