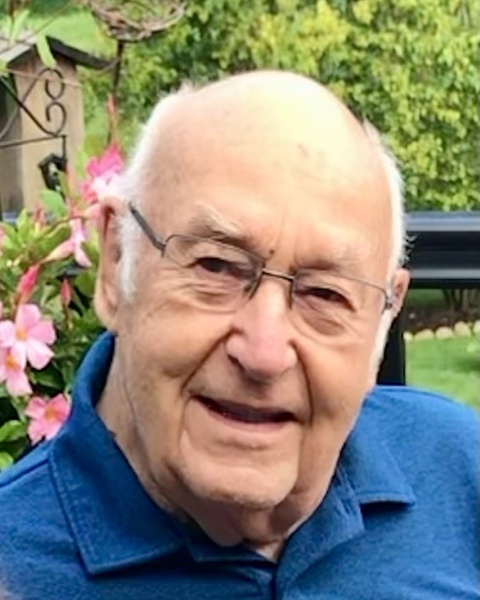 Edward was preceded in death by his parents, his wife of 66 years, Margaret, brothers, Richard Woytych, Jack Woytych and his son, Patrick Woytych as well as sisters-in-law and brothers-in-law, Suzanne Woytych, Maxine and Phil Brich, Carol and Bob Hoffman, Renate Kennedy.

Ned proudly served in the Navy during World War II from 1943-46 as an armored guard on a supply ship. He graduated from Marquette University in 1949 with the first double degree in Mechanical and Electrical Engineering. The double degree served him well in his career at Giddings and Lewis Machine Tool Company and he advanced through the ranks serving in various capacities including Manager of Quality Assurance, Vice President of Manufacturing, Vice-President-General Manager.  He valued honesty, truth, and efficiency in doing the best for the company. Those he supervised respected him as one of their best managers.

Ned was an avid golfer and often commented that most of his life lessons were learned on the golf course while caddying for his dad.  He loved the outdoors, frequently recalling how much he enjoyed working on his Uncle Bert’s farm the summers he was 12 and 14. And the family has many happy memories of tobogganing, sledding, ice skating and swimming with him. He worked on various committees in the community such as the Fond du Lac Library Board, the Boys and Girls Club, and building committees for both Sacred Heart and St. Pius X.

Ned loved people and had a quick wit.  Family was a priority and he and Margaret were a team raising their kids and jointly making all decisions.  He always loved being around young people.  And they responded to his playfulness and interest in them.

In lieu of flowers, donations can be made to either St. Xavier High School in Appleton or St. Mary’s Springs in Fond du Lac, Wisconsin.

To order memorial trees or send flowers to the family in memory of Edward "Ned" F. Woytych, please visit our flower store.