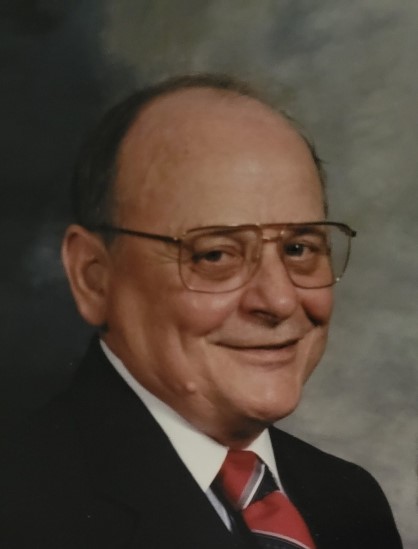 Edward “Ed” Steidl, age 88 of Kaukauna, passed away at Theda Clark Medical Center in Neenah on Saturday, May 22 2021. Ed, a lifelong resident of Kaukauna, was born February 21, 1933 to the late Edward R. Steidl and Helena (Hopfensperger) Steidl. In June of 1958, he married Margaret Bunkleman at St. Joseph Catholic Church in Appleton. Ed served his country in the United States Coast Guard, and was a proud member of both the VFW and the American Legion.

Ed worked at Thilmany Pulp and Paper during his lifetime and was very involved in the union, Local 147. During his time with Union, he served in various offices including Union President, a role in which he was proud of.  Ed was also politically active back to the days of his father being a city alderman to being the secretary of the AFL-CIO political action committee in the 70’s. He worked locally on many presidential and congressional elections during that time. In his later years, he took to watching CNN and MSNBC 24 hours a day and was not shy about giving his opinion on current issues.

He was a longtime and active member of St. Mary’s Church in Kaukauna, where he helped run the church’s BINGO and parish picnic for many years, as well as being a church trustee.

Ed was known to join in on the neighborhood water fights and play gotcha last with his kids, especially Cathy. He would sit on the porch on weekends and enjoy having beers with Betty. He also tended to his backyard garden where he was always frustrated by how small his onions were and envied the neighbor on his success.

He was preceded in death by his parents, his wife Margaret, a son Mike, his sisters: Lila Schwalbach, Connie Geiger and Helen Van Handel, his brother Jack Steidl, his brothers-in-law Joe Schwalbach and Ken Geiger, sister-in-law Carol Steidl and Margaret’s parents: Norman and Alice Bunkleman.

The funeral liturgy for Ed will be held at 11:00 AM on Wednesday June 2, 2021, at St. Katharine Drexel Parish – St. Mary’s Church, located at 119 W. 7th Street in Kaukauna, with full military honors following the service. Interment will take place at the parish cemetery. Family and friends are invited to gather at the church on Wednesday morning from 9:00 AM until the time of the service.

To order memorial trees or send flowers to the family in memory of Edward J. Steidl, please visit our flower store.