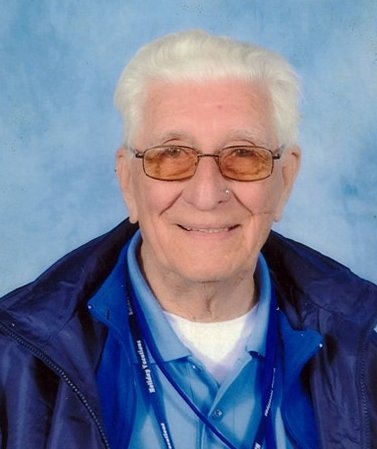 Edward “Ed” Borski, age 93, returned home to the Lord while polka music played on October 4, 2021. He was born on April 30, 1928, son of Leon and Margaret (Tews) Borski. Ed shocked his family when he enlisted in the United States Navy on Valentine’s Day in 1946.  He was 17 years old.  When he returned from service, he entered the workforce with jobs at: Lawrence University, City of Menasha and at Appleton Clean Towel Service.  He retired in June of 1993.

Ed enjoyed going for car rides, listening to polka music and going out for breakfast with “the guys”.  He walked several times a week either at the mall or on the trestle bridge.  Ed rarely missed a friday fish fry and was a member of the Elks. One of his proudest moments was when he went on the Honor Flight. Ed will forever be known as a loving and friendly man who had fought and won many battles in his life.

Ed will be missed by his children: Cheryl (the late Zane) Huff, Donna (Jeff) Wilcox and William Weber jr.; nieces: Sharon Fuhrman and Audrey Jansen; sister-in-law: Mary Borski; six grandchildren and 15 great grandchildren; good friends Tom and Kim Gordon (with little Tommy); as well as many other relatives and friends.

The funeral service for Ed will be held at 2:00 pm on Friday, October 8, 2021, at ST. TIMOTHY LUTHERAN CHURCH, 473 7th St., Menasha.  Visitation will take place from 12:30 noon until the time of service.  Burial to follow at Riverside Cemetery in Oshkosh with full military honors.

To order memorial trees or send flowers to the family in memory of Edward "Ed" Borski, please visit our flower store.