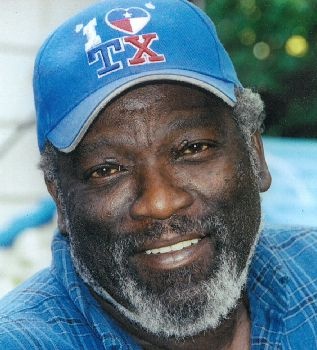 Eddie L. Holmes, age 74, of Appleton, passed away at home with family at his side on Saturday, August 5, 2017. He was born on August 18, 1942 in Brookshire, Texas to the late Inez and Amy Lee (Moore) Holmes. Eddie was a Texas Cowboy who fell in love with Wisconsin, he always felt more at home here because of the friendly people.
Eddie was known for his hobby of talking to people; he could strike up a conversation with anyone and made so many friends. Eddie was also a local BBQ Master, over the many years he perfected his secret recipe - and it will never be revealed! Above all Eddie cherished his family, especially his grandchildren who gave him so much joy in life.
Eddie will be greatly missed by his wife, Karen; his sisters, Ruby and Janice; his daughters, Tara Fitch and Renne Holmes; his grandchildren, Desmond Holmes, Destiny Holmes, David Fitch, PJ Fitch and Tootie Holmes. He is further survived by other relatives and many friends too numerous to list but never forgotten.
In addition to his parents he was preceded in death by his son, Charlie Holmes and his three brothers and four sisters.
Services will be held in private for Eddie’s family. They only ask that you keep them in your thoughts and prayers. In lieu of flowers, a memorial fund has been established in Eddie’s name. Online condolences can be made at www.wichmannfargo.com.

To order memorial trees or send flowers to the family in memory of Eddie L. Holmes, please visit our flower store.