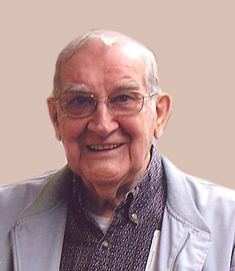 Earl Klug, age 84, passed away peacefully at the Appleton Medical Center on Saturday, June 8, 2013. Earl was born in Loyal, Wisconsin, on June 18, 1928, son of the late William and Wilhelmina (Senglaub) Klug. On June 25, 1960, he married Shirley Sheets in Wisconsin Rapids; she survives. Earl worked in Milwaukee and LaCrosse for a time, but for the last thirty years of his career was employed in the maintenance department of Zaug's Vending in Appleton. Earl retired in 1993. He proudly served his country as a member of the United States Air Force, and loved anything to do with aviation. He loved airplanes, building models, attending and air shows – anything to do with airplanes was certain to capture his attention.

He is survived by his wife: Shirley Klug of Appleton; a daughter: Karen (Mike) Koch of San Antonio, Texas; two sisters-in-law: Elenore Klug of Milwaukee and Kelley Steinke of Wisconsin Rapids; and by two families who have become dear friends over the years: Jim and Clare Vanden Hogen and their children Anna and Sam; and Pat and Christi Lewis and their children Scott, Amber, Brett, and Abbey. Earl was preceded in death by his parents and siblings: Gerald, Merlin, Wilmer, Delmar, and Julia.

The funeral service for Earl will be held at 4:00 PM on Saturday, June 15, 2013 at WHITING COMMUNITY BAPTIST CHURCH, 1020 Tullar Road in Neenah. Rev. Nick Seipel and Rev. James Schmitz will officiate, and full military honors will follow. A private burial will take place in Greenlawn Memorial Park on Earl's birthday, June 18. Friends are invited to greet the family at the church on Saturday afternoon from 2:00 PM until the time of the service.

In lieu of flowers, a memorial fund is being established. Online condolences may be offered at www.wichmannfargo.com.

To order memorial trees or send flowers to the family in memory of Earl R. Klug, please visit our flower store.