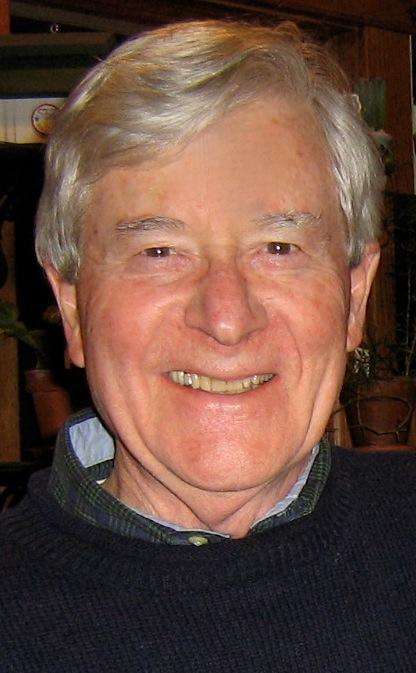 A graduate of Coffeen High School, Earl received a BS from Blackburn College in Carlinville, Illinois, and his MS in psychology from the University of Missouri-Columbia. He served in the U.S. Army from 1953-55, and was stationed in Germany for one year.

In 1956, he married Sherry Lawson, who survives him.

Beginning in the early 1960s when the field was in its infancy, Earl held management positions in data processing for nearly thirty years, working for companies including McDonnell-Douglas Aircraft, Financial Programs, and GTE Data Services and Supply. He retired in 1990, and in 1996, he and Sherry moved to Appleton, having lived in nine other states during their first forty years together.

In his retirement, Earl pursued a lifelong love of writing, notably as a community columnist for the Appleton Post-Crescent. He was also a frequent contributor to the paper‚Äôs ‚ÄúLetters‚Äù section, and was the recipient of numerous Silver Pen awards for his contributions.

Above Earl‚Äôs well-used keyboard were the words of John F. Kennedy: ‚ÄúToo often we enjoy the comfort of opinion without the discomfort of thought.‚Äù Earl‚Äôs columns and letters, while often provocative, were always reflective of a man who thought deeply and honestly about the issues he addressed. And while they were sometimes critical of conventional wisdom, they were never written with rancor, befitting this kind and gentle man.

Earl was also an accomplished memoirist and writer of fiction, earning a Jade Ring award from the Wisconsin Regional Writers‚Äô Association. He was a longtime member of the Fox Valley Writers‚Äô Club.

Prior to his diagnosis with lymphoma, Earl was a committed blood donor, contributing many gallons throughout his lifetime. He was also an EAA AirVenture volunteer for many years. His interests included genealogy, woodworking, travel (including sailing Puget Sound), reading, and spending time with his grandchildren.

A memorial service for Earl will be held at 1:00 p.m. on Sunday, October 9, 2011 at the FOX VALLEY UNITARIAN UNIVERSALIST FELLOWSHIP, 2600 E. Philip Lane, Appleton. Rev. Roger Bertschauser will be officiating. In lieu of flowers, donations may be made to the American Cancer Society or Autism Treatment Center of America.

To order memorial trees or send flowers to the family in memory of Earl R. Gates, please visit our flower store.