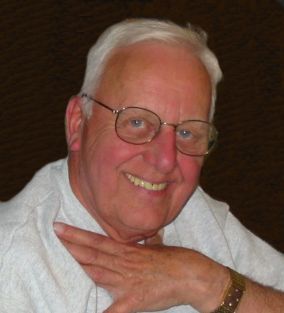 With his loving family by his side, Duane Kramer passed away peacefully on Wednesday, February 17, 2016.

He was born in Orange City, Iowa, July 12, 1932, the son of the late John and Jenny (Roedema) Kramer. Duane was united in marriage to Shirley Hayek Kamakian in 1954. On May 4, 1984 he married Linda Blackburn Garvey.

He is survived by his wife and children: Mark (Christine) Kramer of San Ramon, CA, Terrie (Rick) Lewandowski of Racine, Kingston (Lita) Kramer of San Diego, CA.; and a step-daughter Kerry (Joe) Scherer of Appleton. Survivors also include six grandchildren: Kinsey and Kiana Kramer, Isaiah Kramer and Sergio deBarros, and Olivia and Aubrey Scherer. He was preceded in death by his parents, and siblings Jake, Richard, Don, and Tena. He is survived by his sister, Dorothy Edmonston, of Racine, and sisters-in-law Marge Kramer and Shirley Kramer.

Duane was a graduate of William Horlick High School. He served in the United States Navy at the Naval Air Station in Johnsville, PA from 1952 to 1954.

Duane had a lifelong career in real estate, entering into partnership with the late Warren Lehman and forming Lehman-Kramer Realty in the 1960's. He later became the broker/owner of Kramer Realty Co. He was the Racine Realtor of the year in 1981, and was President of the Racine Board of Realtors in 1973.

During the years that Duane lived in Racine, he was engaged in community service. He served on the board of directors for Lincoln Lutheran Home.

He was also active at Atonement Lutheran Church and served on the church council.

He enjoyed music, played in the Racine Scouts Drum and Bugle Corps, supported the YMCA Boys Choir, and was a member of the Dairy Statesmen Barbershop Chorus.

Duane retired in 1995 and enjoyed his remaining years reading, discussing politics, traveling extensively, and living for ten years in the northwoods.

A Memorial Service will be held Monday, February 22, at 1:00 p.m. at Atonement Lutheran Church at 2915 Wright Ave. in Racine, with Pastor Warren Williams officiating. Visitation will be from 11:30 a.m. to 1:00 p.m. at the church. In lieu of flowers, a memorial fund has been established. Memorials may be mailed to the funeral home.

To order memorial trees or send flowers to the family in memory of Duane Kramer, please visit our flower store.