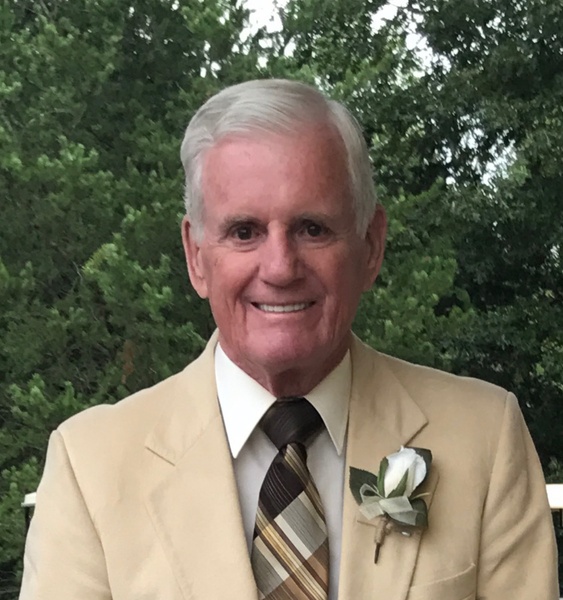 Dr. Philip R. Bouressa, 87, Kimberly,  passed away on Tuesday, June 29, 2021. Phil was born on May 29, 1934, in Little Chute, to the late Clarence and Regina (Verstegen) Bouressa. Establishing his work ethic early in life,  Phil headed off to Cherry Camp in Door County as a teenager where he picked cherries, creating friendships and memories for stories to come.  Phil graduated from Kimberly High School in 1952.  Phil was united in marriage to Bernadette “Birdie” Kneepkens on June 1, 1957, at Holy Name Church in Kimberly.

Phil went on to obtain his undergraduate degree from St. Norbert College and his Doctorate of Dental Surgery from Marquette University School of Dentistry. He graduated in the top five of his 1958 class earning him a spot in the National Honor Society.  He opened his dental practice on Main Street in Kimberly in 1958 and retired from Bouressa Dental where he practiced with his son Tim, in 2004. Phil was a benevolent employer to his dedicated staff; he knew all of his patients’ names and made connections with everyone in the community he served. He was active in the American Dental Association and was awarded the Pierre Fauchard Gold Metal for his outstanding contributions and excellence in the dental professional.

A resolute family man, Phil enjoyed spending time with his family and taking annual summer vacations at the lake, winter ski trips, and out-of-state road trips in the family station wagon, often with a fully loaded boat in tow.  A Bouressa family tradition instilled by Phil included a love for the Green Bay Packers, whether he was watching the game at home with friends and family, or sitting in his season tickets in the south end zone.

In later years, Phil spent time as a snowbird who, along with his wife, Birdie, escaped Wisconsin’s harsh winters by going to Florida for two months every year; not an ounce of air was present in his carefully loaded trunk for the annual trek to Cape Coral.

Another of his organizational feats included planning  the  annual Bouressa Family Reunion, gathering  his brother, sisters, and family members of all ages, at Sunset Park, the more people the better, as he proudly filled the big shelter. As the leader of the “Fun Seekers,“ Phil organized an annual May fishing trip for he and other carefully chosen anglers at Edgewater Beach Resort in Lac Vieux Desert.  As proof of his serious fishing skills and persistence (10,000 cast requirement), on one trip he landed a 51-inch musky weighing in at 31 pounds.  “We Thought it Was An Alligator,“ wrote Jim Harp in the Post Crescent.  His exploits also include membership in Little Chute’s Skull Club, a social club he called it,  consisting of lifelong friends.

As a Fourth Degree Knight of Columbus, Phil served with the community and proudly encouraged Catholic citizenship and fostered the spirit of patriotism.

Phil took joy in vacationing, boating and sharing unique and inspirational campfire songs, stories and other musings (What kind of a bird is a Pelican?)  He loved duck hunting with his brother, Jim, water and snow skiing, and proudly performed his landscape duties including growing a vegetable garden.  He took pride in producing the first red tomato in the neighborhood. He cherished his grandchildren,  proudly displaying their pictures on his living room mantle and on his favorite sweatshirt.

A husband, father and grandpa, Phil was a kind, humble man who led by example, without a spoken word. There is now a void where there was a steady presence. From cherry camp, to hitch-hiking to DePere to cleaning bathrooms in dental school, Phil pursued his dreams and has left an indelible legacy which will not be forgotten.

Phil was preceded in death by his grandson: Jason Bouressa; and siblings: James Bouressa and Carol Janssen.

A funeral service for Phil will be held at 11:00 a.m. on Tuesday, July 6, 2021, at St. Paul Catholic Church, 410 East Wallace Street, Combined Locks. Visitation will be held at the church from 9:00 a.m. until the time of the mass. Interment will be in the St. Paul Cemetery at a later date.

The family would like to extend a special thank you to the staff of St. Paul Elder Services, Kaukauna, Wisconsin, for their compassionate care of Phil.

To order memorial trees or send flowers to the family in memory of Dr. Philip R. "Phil" Bouressa, please visit our flower store.