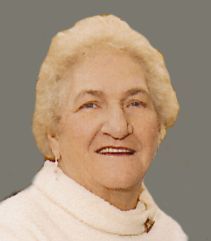 Dorothy enjoyed traveling around the country and spending time outdoors at the cottage. There she loved to feed the wild animals, walk her dogs, camp, fish, and make an occasional visit to the casino. Most of all, she loved spending time with her children, grandchildren, and great-grandchildren. Her family meant the world to her, and she will be dearly missed by all who loved her.

The Christian Funeral for Dorothy will be held at 3:00 PM on Saturday, December 7, 2013 at ST. PAUL EV. LUTHERAN CHURCH, 302 N. Morrison Street in Appleton, with Rev. Kenneth Frey officiating. Burial will take place in Highland Memorial Park. Friends may call at the church on Saturday afternoon from 1:00 PM until the time of the service. Online condolences may be expressed at www.wichmannfargo.com.

To order memorial trees or send flowers to the family in memory of Dorothy M. Schroeder, please visit our flower store.