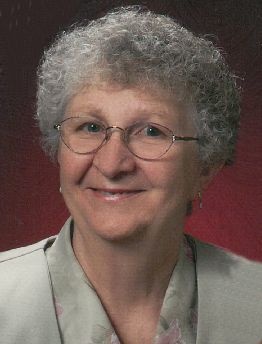 Dorothy M. Hesse, age 87, of Appleton, passed away on Friday, January 19, 2018. She was born in Oshkosh on May 17, 1930 to the late Andrew and Katherine (Schock) Tarala. Dorothy’s parents raised their family in Omro.

One night at the Cinderella Ballroom in Menasha Dorothy met a young man, Arvin J. Hesse. Little did she know that she would be spending the next 70 years with him. They were married on September 13, 1947.

She enjoyed baking, knitting and crafting. In the earlier years Dorothy loved to travel and visit casinos with Arvin. Dorothy was a member of Emmanuel United Methodist Church in Appleton where she was active in many circles. Dorothy was known as being one of those individuals who could strike up a conversation with anyone. She simply enjoyed being in the company of others and meeting new people. Above all Dorothy was a dedicated wife and mother and cherished her grandchildren and great-grandchildren.

In addition to her parents, Dorothy was preceded in death by her husband, Arvin and her brothers, Ed (Lee), Bill (Donna), John and Clarence.

The Funeral Service will be held on Wednesday, January 24, 2018 at 4:00 p.m. at WICHMANN FUNERAL HOME, 537 N. Superior Street in Appleton. Visitation will be held that same day starting at 2:00 p.m. until the time of the service with Pastor Ben Morris officiating. Dorothy will be laid to rest next to her husband Arvin at Appleton Memorial Park. In lieu of flowers, Dorothy’s family will be establishing a memorial fund in her name. Online condolences can be shared at www.wichmannfargo.com.

Dorothy’s family would like to thank the staff of The Bridges of Appleton, The Avenue for the wonderful care they have given to Dorothy the past three years.

To order memorial trees or send flowers to the family in memory of Dorothy M. Hesse, please visit our flower store.