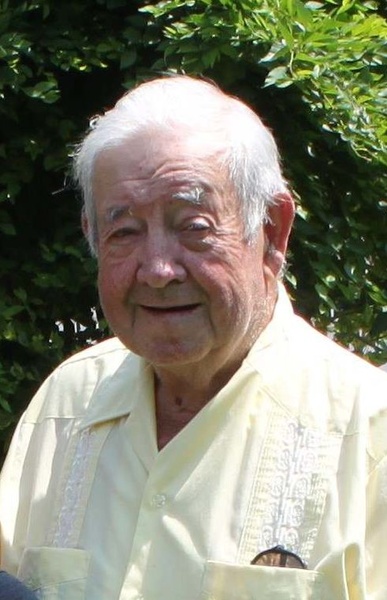 Donald Vernon McLernon, SR, (Pop) passed away on 1/21/22 at his home in Stockbridge at the age of 90. He was born in Lake Geneva, WI. to Alma (nee Renner) and Walter McLernon on 12/20/1931. He was preceded in death by his parents, his first wife Vivian (nee Herman), and his brothers Richard and Bob. He is survived by his second wife, Judith (nee Bishop), a brother, Larry, a sister, Ella, 3 children and 5 grandchildren along with nieces, nephews and in-laws.  Pop started off his working life at a very young age, working many different jobs: on farms, cutting and hauling ice from Lake Geneva, lumber yards, grocery stores and driving trucks. When his dad was injured in a car accident and couldn’t work, he took off from school to work in his father’s place at the lumber yard until his dad recuperated. He and his brothers helped put food on the table by hunting and fishing regularly.  Shortly after high school in 1951, Dad entered the U.S. Army as a paratrooper. Within a few years he enrolled in the Chief Warrant Officers Program as a supply sergeant. During his military career, he did a 2 year stint with the 187th combat team in Korea. He also did two tours in Vietnam during the Vietnam war, one with the 101st Airborne Division and one with the 1st Calvary Division. He moved his family to many states, France and Germany. He received numerous awards including the Bronze Star, Vietnam Campaign and Vietnam Service Medals and sharpshooter. He retired as a CWO4, which, at the time, was the highest rank he could achieve. After 22.5 years in the Army, he retired to Stockbridge in 1973. He didn’t stay retired for long and worked for J&E Construction, driving trucks and operating equipment. In 1979, he lost his first wife, Vivian, in a tornado. He then married Judith. They celebrated their 41st anniversary this last year. Together they purchased a farm and raised beef cows and chickens, selling eggs to their neighbors.  Dad was an avid sportsman who loved fishing and hunting, especially ducks and geese. In the military he won numerous marksman awards, and it was evident when he hunted! He enjoyed fishing for walleye and perch on Winnebago. For the last few years he deer hunted out of his heated blind. He hunted this last season as well, at the age of 89, passing up on deer that were “just too small”. He had a great time watching the deer. Dad could build and tackle any project. He was not afraid to take on anything, doing welding, electrical, plumbing, etc., including building a lake house as a family project over several summers.  Dad was an avid and skilled card player and played poker, cribbage and sheepshead with determination. His sharpness at cards was always evident and he could quickly call out a player who reneged, almost before they laid down the card! He loved to work and keep busy. He raised chickens until the age of 89. He enjoyed driving equipment on his farm and could often be seen driving his skid steer around, picking up logs or brush to burn. Just a few weeks before his death he was in his skid steer plowing snow.  Pop’s family would like to thank the Calumet County Home Health Care and Hospice for their compassionate care given to him.

There will be no visitation or funeral.

You did good dad. You can rest now. Your work is done and you’ve got everything checked off on your list.

To order memorial trees or send flowers to the family in memory of Donald V. McLernon Sr., please visit our flower store.