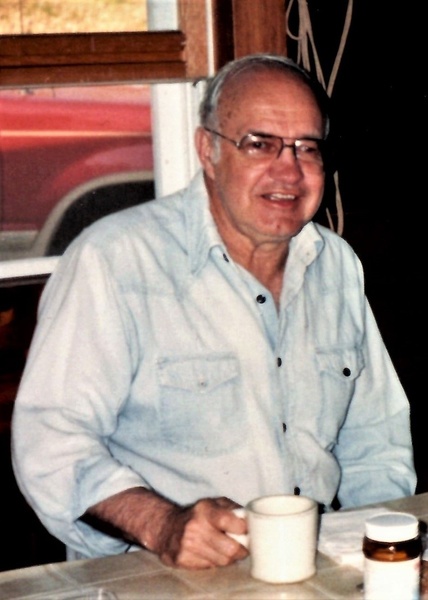 Donald “Don” Wesley Leith, age 89, loving husband, father and grandfather, passed away on Friday, August 5th, 2022.  He was born July 14, 1933 in Monico, Wisconsin, son of the late Arthur and Laura (Lagon) Leith.  On the tennis courts at Appleton High School he met the woman who was to become his best friend, companion and loving wife, Joyce M. Bohnsack.  Joyce and Don were married on June 17, 1961 and enjoyed 52 years together.  They had two children, Scott, and Bonny.

Don graduated from Three Lakes High School in 1952 where he participated in sports and earned an academic scholarship to attend Wisconsin State College in Stevens Point.  In 1954 he transferred to UW Madison, graduating in 1956.  Later that year he was drafted into the Army and sent to Babenhausen, Germany as part of the 531st Field Artillery Missile Battalion.  Upon discharge, he returned to Madison to earn a Masters Degree in Business Administration.  Don was a proud Badger and member of Sigma Phi Epsilon fraternity.  Don would be employed by Kimberly Clark Corporation as Mill Planner until retiring 34 years later.

In addition to his parents, Don was preceded in death by his wife, Joyce (2013), son, Scott (1997), brother and sister-in-law, Leslie “Bud” and Pat Leith of Rhinelander/Tomahawk, his sister and brother-in-law, Gladys and Earl Cornell of Rhinelander and sister-in-law and brother-in-law, Lois and Norman Lambie.  He is survived by his daughter, Bonny and beloved grandson, Alex of Kimberly and nieces and nephew.

Don lived a life of volunteering and giving.  He was a charter member of the Appleton Evening Lions Club and as president, he was instrumental in organizing the Lion’s Eye Bank in the Fox Valley and served as District Eye Bank Chairman.  He actively supported the Boy Scouts of America, the Appleton Kiwanis Club, the Community Blood Center and many others.  He served and praised the Lord as a long time member of Prince of Peace Lutheran Church.

Dear friends were made through Don’s love of travelling, golf, bowling, playing cards, fishing, and hunting.  A cabin in northern Vilas County was where Don truly found peace and a connection with God.

“I hope I leave you with good memories as you go on with your life.  So please do not grieve for me as it is I who will miss you.  For it is you I love, and I thank you for being a part of my life.” - Don

The family will be holding a private celebration for Don.

Don’s family would like to express their gratitude for the kind support provided by the staff of Brewster Village in Appleton, and the extraordinary care provided by all at Moments Hospice.

To order memorial trees or send flowers to the family in memory of Donald Leith, please visit our flower store.