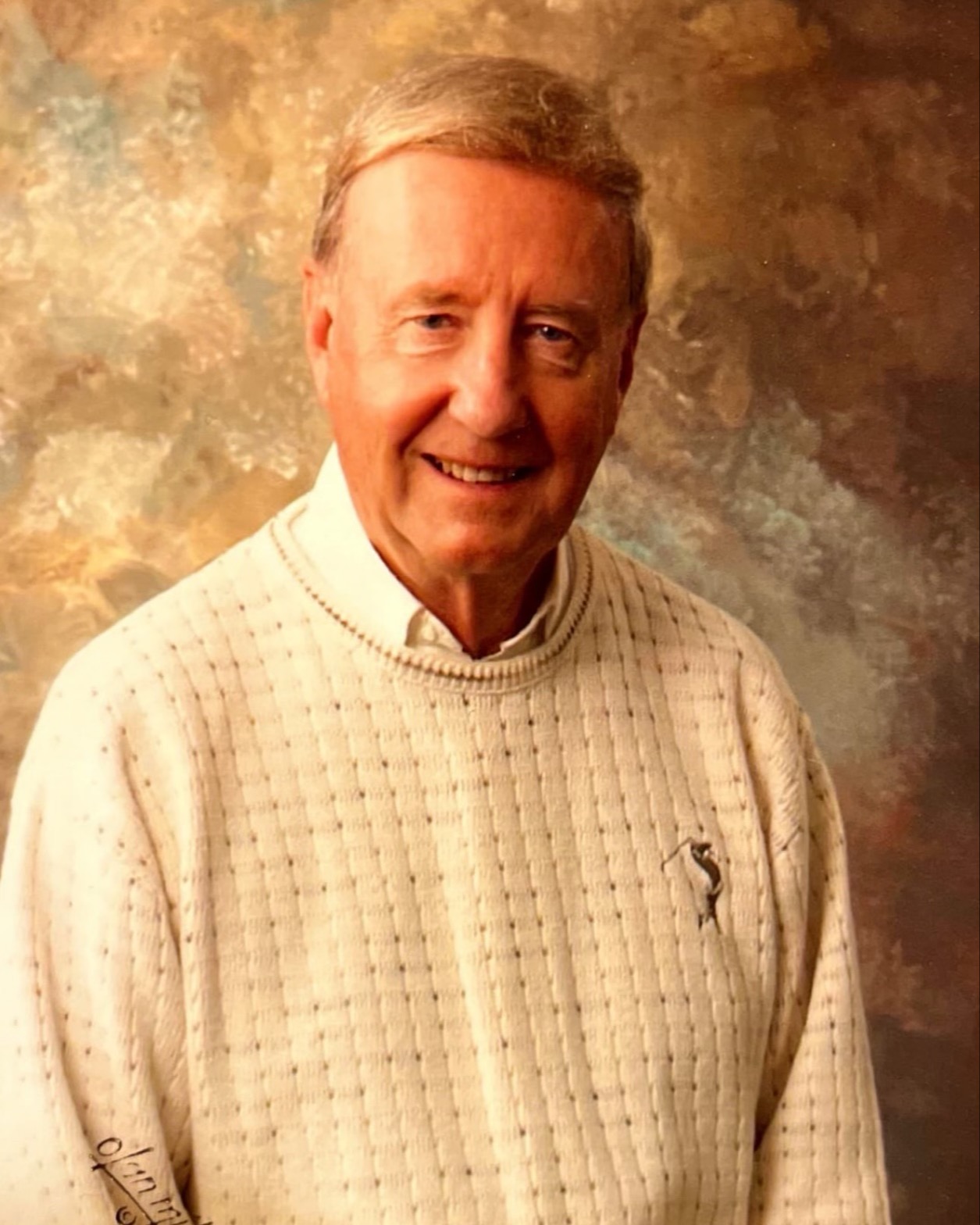 Donald Frank Kroll, age 88, passed away December 19, 2022, peacefully surrounded by his family and their love.  Don was born to Lawrence and Irene (Kranhold) Kroll in Appleton.  He grew up in Kaukauna where he attended Holy Cross Catholic School with his brother and graduated in 1952 from Kaukauna High School. Following graduation, he began work at Thilmany Pulp & Paper Company until his enlistment in the Army in 1954.  Both Don and his brother Jerry left for their posts within days of each other with Jerry being stationed in Japan and Don in Germany. Upon returning to Wisconsin, Don returned to his job at Thilmany, advancing to Office Manager a position he held until his retirement.
Don met the lady who was destined to become the love of his life, Joan Totten, when he hired her to work in the purchasing department.  Joan knew right away that Don was “the one.” After meeting in January, and an engagement in July, they were married on November 15, 1958. They went on to have four children who were all raised in Kaukauna.
Wisconsin sports of all kinds were a passion for Don; he loved to watch the Packers, Brewers, Badgers and even occasionally the Bucks were on the viewing list. He was also a proud follower of Kaukauna sports. Don was also an avid golfer and achieved a “hole in one” at Fox Valley Golf Club in Kaukauna. He loved the game and shared his passion with his children and grandchildren. They all hear his voice in their heads when swinging the club and recall the joy he had in teaching them “the swing.” His tee shots always went straight down the middle, because of his deliberate and slow swing.
Don was especially proud of his radio operating days in the service, and to this day could tap out Morse code. He loved to tell his grandchildren the stories from that time. Speaking of his grandchildren, some of them only recently found out about his activity as St. Nick.
Don is survived by his beloved wife Joan, his four children Doug (Mary Sullivan) Kroll, Mary Jean (Matt Huml) Kroll, Laureen (Thomas) Loftus, and Kim Haen; grandchildren: Rebecca (Adam) Rosera, Kelsey (Matt Moore) Kroll, Ross (Kathryn) Kroll, Carly (Matt Goodman) Kroll, Kyle (Taylor) Loftus, Larissa Loftus, Jordan Haen, and Brandon (Alexandra Nett) Haen. Sister-in-law Mary Totten as well as nieces and nephews further survive him.
Don is preceded in passing by his parents Lawrence and Irene, his brother Jerry (Bette) Kroll, daughter-in-law Barbara Kroll, Joan’s parents Ray and Claire Totten, brothers-in-law Ray Totten Jr. and Gene Totten as well as other loved ones.
Don’s family would like to thank the staff at St. Elizabeth Hospital-3rd floor as well as the staff at St. Paul Elder Services for their compassionate and loving care.
A funeral liturgy for Don will be held Saturday January 7, 2023, at 12:00pm at Holy Cross Catholic Church, 309 Desnoyer Street, Kaukauna. Friends and family may gather at the church from 10:00am until the start of mass. Don will be privately laid to rest at Holy Cross Cemetery.
In lieu of flowers, please consider a donation to St. Paul Elder Services or Old Glory Honor Flight.
To order memorial trees or send flowers to the family in memory of Donald Frank Kroll, please visit our flower store.
In memory of Donald Frank Kroll, please consider making a donation to one of the following charities: