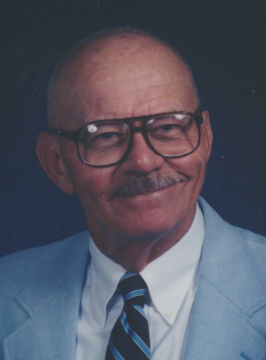 Don Jabas, age 98, passed on August 29, 2021 at Touchmark in Appleton.  Don was born in Appleton on April 11, 1923, son of the late Forrest and Wilhelmina (Franzke) Jabas.  He was a 1941 graduate of Appleton High School and graduated from Lawrence University in 1950.  On April 12, 1948, Don married his love, Elisabeth Foulke; together the couple had enjoyed over seventy years together.  Don served his country as a member of the United States Army, and attained the rank of Sergeant.  Serving in an engineering battalion, he saw action in the South Pacific, unloading ships arriving in port as a member of an amphibious truck company.

As a civilian, Don saw great success as he founded Don F. Jabas and Associates, Inc. from which he retired as president in 1989.

He was an accomplished golfer who has recorded six holes-in-one, shot his age well over one hundred times, won the Appleton City Tournament and The Fox Cities Amateur Tournament, served as president and board member of the Wisconsin State Golf Association, was a USGA Committee member.

Don was preceded in death by his parents, as well as a son Peter.

The family would like to offer most sincere thanks to longtime family friends and caregivers, Jane Herring and Peggy Keough.  Your love and concern for our parents created a special place in their hearts for you both.  Thank you for all you have done.

Due to the current Covid environment, the family will be holding a private service for their comfort.

Memorials will be directed to a fund to help with suicide prevention.

To order memorial trees or send flowers to the family in memory of Donald F. Jabas, please visit our flower store.