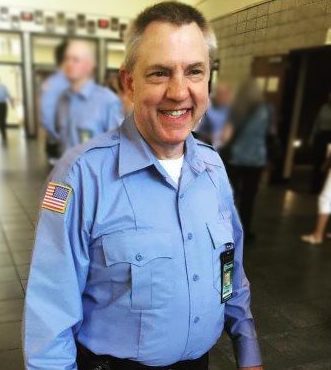 Donald “Don” Dean Mentzel Jr. passed away on November 11, 2021.  He was born in Oshkosh, WI on June 4, 1956.  He was the youngest of 5 children of Donald and Frances Mentzel.  He married the love of his life, Cindy Mentzel on August 20, 1977 and began building their life together in Appleton, WI.  He is a member of St. Thomas More parish in Appleton.

Don was a loyal individual, always bending over backwards and lending a helping hand to his family and employer. He was well respected by his co-workers and friends. Don was a beloved husband, dad and grandpa. When not playing with Noah and Sophie he would ride his motorcycle, plug slot machines at the casino, and recently started travelling to warm climates like California, Florida, Arizona, and Mexico.

Don was humbled by his 6 years of service as a Marine Reserve, then went on to work at Ray’s tire for 33 years and Jack’s Maintenance for 21 years. For the last 5 ½ years, Don was a dedicated officer for the Wisconsin Department of Corrections, ending his tour of duty at Oshkosh Correctional Institution.

Funeral Services will be provided by Wichmann Fargo Funeral Homes and held at St. Thomas More parish in Appleton on Wednesday, November 17, 2021.  Visitation from 9:00am to 11:00am with a service immediately following.  Services will be livestreamed at Don’s obituary page on wichmannfuneralhomes.com at the time of the service. Honor Guard services will be provided by Oshkosh Correctional Institution. Don’s final resting place will be Riverside Cemetery in Appleton; burial will take place at a later date.

The family would like to thank all the nurses and doctors at St. Elizabeth Hospital for their compassionate care of Don during his final days.  A special thank you to friends, family, and co-workers for extending their kind words and support.

Monetary donations will be gifted to St. Thomas More Parish.

To order memorial trees or send flowers to the family in memory of Donald Dean "Don" Mentzel, please visit our flower store.