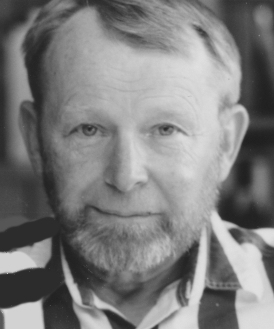 Donald D. Bravick, M.D. passed away peacefully at the Heritage Residence on December 13, 2021,  with his daughters by his side. He was 95.

Don was born on September 4, 1926, in Thompson, Iowa, to the late Joseph and Eva Bravick.  He served in the U.S. Navy, attended Luther College in Decorah, Iowa and earned his medical degree at the University of Chicago.  It was there that he met and married Germaine (Jerry) Lacher, a nursing student from Chicago, Illinois.  Upon graduation, the newlyweds moved to Minneapolis, Minnesota, where he began his residency in urology, and where four of six daughters were born.  In 1959, Don moved his family to Appleton to set up a urology practice.

Appleton Medical Center was a new hospital in 1959, and Don served there as Chief of Staff for nine years.  He was also on staff at St. Elizabeth Hospital and because he was the only urologist in the area,  treated patients in Kaukauna, New London, and Waupaca.

Don continued his urological practice in Appleton until his retirement, when he became a part time student at Lawrence University, studying theology and history.  He was an avid reader… never in his chair without a thick book and  classical music playing on the “hi fi”.   Don was a devoted Packer fan and had season tickets that he bought (unbelievably) at the local drugstore.

There was never enough time to play golf as much as he would have liked, but Don managed to become quite the champion of the game.  He joined his wife Jerry and their dear friends to  play bridge and socialize on the weekends.

Don enjoyed time spent at the Vikingstad family cottage on Boot Lake in Townsend, Wisconsin.  He found exhilaration in practicing his self-taught sport of wind surfing, and then in the evening he loved to relax by throwing a line into the water from the end of  the dock, with his pal Sadie waiting by his side for a fish.

A few years after Jerry’s passing, Don moved to a retirement community. His daughters and grandchildren are grateful for and touched by the time spent visiting with him there, especially on Packer Sundays, and on birthdays and holidays.

Don will be remembered for his integrity. He taught by example and he never wavered in his beliefs based on his high moral values.  He will also be remembered for being judgment free, for his calm temperament, his humility, sharp wit, and unique manner of expression. Above all, Don’s daughters and grandchildren will miss him for the strong,  loving bonds that developed in his later years during those hours spent together… the most one can wish for.

Don’s family would like to thank the exceptional staff (past and present) of Heritage and  the ThedaCare hospice team who gave him the most amazing and constant loving care. They are “wunderbar”, as he would say!

A private family service will be held at a later date.

To order memorial trees or send flowers to the family in memory of Donald D. Bravick, MD, please visit our flower store.