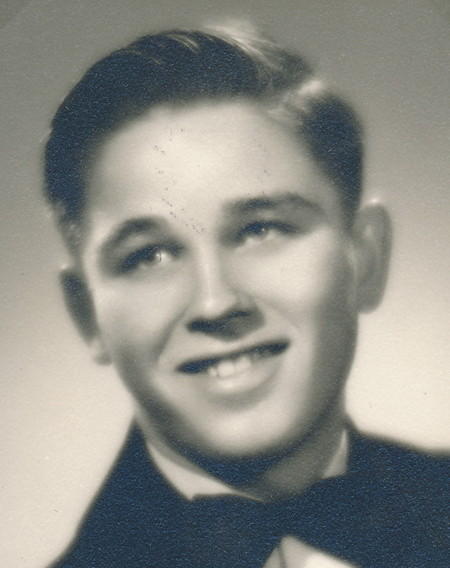 Donald Herman, age 77, of Combined Locks, passed away on Saturday, June 16, 2012. He was born on January 16, 1935, in Manitowoc, the son of the late Floyd and Adeline (Van Bremer) Herman. Don graduated from Lincoln High School in Manitowoc in 1953. He was employed for 38 years with Metso Minerals, and retired in 2000. Don was a member of the Machinists Union. He enjoyed woodworking, hunting, and spending time up north.
Don is survived by his wife, Janet Herman; sons: Todd (Mary) Herman of Darboy and Tim (Janet) Herman of Brookfield; daughter: Jodi Czarniecki of Neenah; six grandchildren: Spencer and Macy Herman; Aileen and Cami Herman; Mary Hopp and Donald Czarniecki, who made their home with Don and Janet; his sister: Elsie Butler of Henderson, Nevada and mother-in-law: Helen Bengry of Kimberly. He is further survived by nieces, nephews, other relatives and friends. Don was preceded in death by his sister, Mary Herman; brother, Roger (Alberta) Herman; brother-in-law, Carl Butler; step-mother, Lorraine Herman and father-in-law, Ernest Bengry.
A private memorial service for Donald will be held at a future date.

To order memorial trees or send flowers to the family in memory of Donald C. Herman, please visit our flower store.